The moves that led to Nokia’s decline paint a cautionary tale for successful firms.

In less than a decade, Nokia emerged from Finland to lead the mobile phone revolution. It rapidly grew to have one of the most recognisable and valuable brands in the world. At its height Nokia commanded a global market share in mobile phones of over 40 percent. While its journey to the top was swift, its decline was equally so, culminating in the sale of its mobile phone business to Microsoft in 2013. 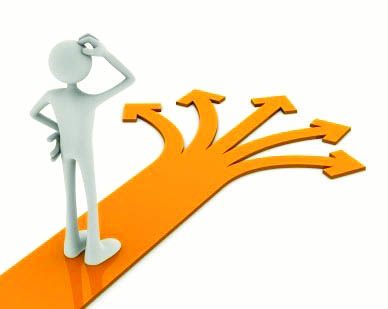 It is tempting to lay the blame for Nokia’s demise at the doors of Apple, Google and Samsung. But as I argue in my latest book, “Ringtone: Exploring the Rise and Fall of Nokia in Mobile Phones”, this ignores one very important fact: Nokia had begun to collapse from within well before any of these companies entered the mobile communications market. In these times of technological advancement, rapid market change and growing complexity, analysing the story of Nokia provides salutary lessons for any company wanting to either forge or maintain a leading position in their industry.

With a young, united and energetic leadership team at the helm, Nokia’s early success was primarily the result of visionary and courageous management choices that leveraged the firm’s innovative technologies as digitalisation and deregulation of telecom networks quickly spread across Europe. But in the mid-1990s, the near collapse of its supply chain meant Nokia was on the precipice of being a victim of its success. In response, disciplined systems and processes were put in place, which enabled Nokia to become extremely efficient and further scale up production and sales much faster than its competitors.

Between 1996 and 2000, the headcount at Nokia Mobile Phones (NMP) increased 150 percent to 27,353, while revenues over the period were up 503 percent. This rapid growth came at a cost. And that cost was that managers at Nokia’s main development centres found themselves under ever increasing short-term performance pressure and were unable to dedicate time and resources to innovation.

While the core business focused on incremental improvements, Nokia’s relatively small data group took up the innovation mantle. In 1996, it launched the world’s first smartphone, the Communicator, and was also responsible for Nokia’s first camera phone in 2001 and its second-generation smartphone, the innovative 7650.

The search for an elusive third leg

Nokia’s leaders were aware of the importance of finding what they called a “third leg” – a new growth area to complement the hugely successful mobile phone and network businesses. Their efforts began in 1995 with the New Venture Board but this failed to gain traction as the core businesses ran their own venturing activities and executives were too absorbed with managing growth in existing areas to focus on finding new growth.

A renewed effort to find the third leg was launched with the Nokia Ventures Organisation (NVO) under the leadership of one of Nokia’s top management team. This visionary programme absorbed all existing ventures and sought out new technologies. It was successful in the sense that it nurtured a number of critical projects which were transferred to the core businesses. In fact, many opportunities NVO identified were too far ahead of their time; for instance, NVO correctly identified “the internet of things” and found opportunities in multimedia health management – a current growth area. But it ultimately failed due to an inherent contradiction between the long-term nature of its activities and the short-term performance requirements imposed on it.

Although Nokia’s results were strong, the share price high and customers around the world satisfied and loyal, Nokia’s CEO Jorma Ollila was increasingly concerned that rapid growth had brought about a loss of agility and entrepreneurialism. Between 2001 and 2005, a number of decisions were made to attempt to rekindle Nokia’s earlier drive and energy but, far from reinvigorating Nokia, they actually set up the beginning of the decline.

Key amongst these decisions was the reallocation of important leadership roles and the poorly implemented 2004 reorganisation into a matrix structure. This led to the departure of vital members of the executive team, which led to the deterioration of strategic thinking.

Tensions within matrix organisations are common as different groups with different priorities and performance criteria are required to work collaboratively. At Nokia,which had been acccustomed to decentralised initiatives, this new way of working proved an anathema. Mid-level executives had neither the experience nor training in the subtle integrative negotiations fundamental in a successful matrix.

As I explain in my book, process trumps structure in reorganisations. And so reorganisations will be ineffective without paying attention to resource allocation processes, product policy and product management, sales priorities and providing the right incentives for well-prepared managers to support these processes. Unfortunately, this did not happen at Nokia.

NMP became locked into an increasingly conflicted product development matrix between product line executives with P&L responsibility and common “horizontal resource platforms” whose managers were struggling to allocate scarce resources. They had to meet the various and growing demands of increasingly numerous and disparate product development programmes without sufficient software architecture development and software project management skills. This conflictual way of working slowed decision-making and seriously dented morale, while the wear and tear of extraordinary growth combined with an abrasive CEO personality also began to take their toll. Many managers left.

Beyond 2004, top management was no longer sufficiently technologically savvy or strategically integrative to set priorities and resolve conflicts arising in the new matrix. Increased cost reduction pressures rendered Nokia’s strategy of product differentiation through market segmentation ineffective and resulted in a proliferation of poorer quality products.

The following years marked a period of infighting and strategic stasis that successive reorganisations did nothing to alleviate. By this stage, Nokia was trapped by a reliance on its unwieldy operating system called Symbian. While Symbian had given Nokia an early advantage, it was a device-centric system in what was becoming a platform- and application-centric world. To make matters worse, Symbian exacerbated delays in new phone launches as whole new sets of code had to be developed and tested for each phone model. By 2009, Nokia was using 57 different and incompatible versions of its operating system.

While Nokia posted some of its best financial results in the late 2000s, the management team was struggling to find a response to a changing environment: Software was taking precedence over hardware as the critical competitive feature in the industry. At the same time, the importance of application ecosystems was becoming apparent, but as dominant industry leader Nokia lacked the skills, and inclination to engage with this new way of working.

By 2010, the limitations of Symbian had become painfully obvious and it was clear Nokia had missed the shift toward apps pioneered by Apple. Not only did Nokia’s strategic options seem limited, but none were particularly attractive. In the mobile phone market, Nokia had become a sitting duck to growing competitive forces and accelerating market changes. The game was lost, and it was left to a new CEO Stephen Elop and new Chairman Risto Siilasmaa to draw from the lessons and successfully disengage Nokia from mobile phones to refocus the company on its other core business, network infrastructure equipment.

What can we learn from Nokia

Nokia’s decline in mobile phones cannot be explained by a single, simple answer: Management decisions, dysfunctional organisational structures, growing bureaucracy and deep internal rivalries all played a part in preventing Nokia from recognising the shift from product-based competition to one based on platforms.

Nokia’s mobile phone story exemplifies a common trait we see in mature, successful companies: Success breeds conservatism and hubris which, over time, results in a decline of the strategy processes leading to poor strategic decisions. Where once companies embraced new ideas and experimentation to spur growth, with success they become risk averse and less innovative. Such considerations will be crucial for companies that want to grow and avoid one of the biggest disruptive threats to their future – their own success.

Yves Doz is an Emeritus Professor of Strategic Management at INSEAD. He is the programme director for the Managing Partnerships and Strategic Alliances programme.

Banks obtain N319billion in loans from CBN in one month