Both China and the United States should make compromises in trade talks, Chinese vice commerce minister Wang Shouwen said on Monday, ahead of a much anticipated meeting between the Chinese and U.S. presidents at this week’s G20 summit in Japan. 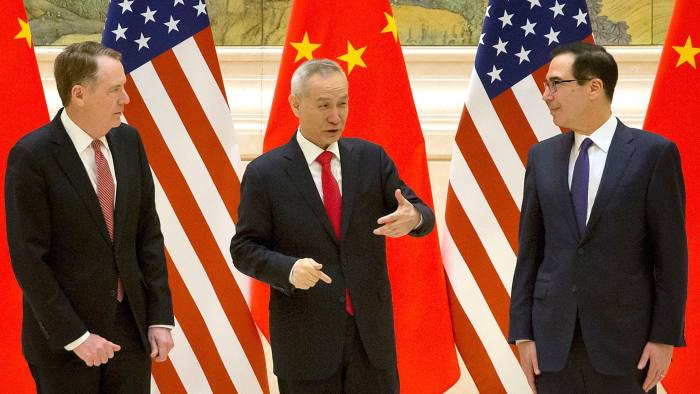 China and the United States last week said they were reviving talks ahead of the meeting between presidents Donald Trump and Xi Jinping. Hopes that it will lead to a de-escalation of a trade war that is damaging the global economy has cheered financial markets.
Talks to reach a broad deal broke down last month after U.S. officials accused China of backing away from previously agreed commitments.
Speaking at a news briefing on the G20 summit, Wang, who is also part of the trade negotiating team with the United States, said talks between the two countries’ trade teams were underway, though he gave no details.
China’s principles are clear, he said – mutual respect, equality and mutual benefit and meeting each other halfway.
“Mutual respect means each side must respect the other’s sovereignty,” Wang said.
“Equality and mutual benefit means the consultations have to happen on an equal basis, the agreement to be reached has to be beneficial for both sides,” he said.
“Meeting each other half way means both sides have to compromise and make concessions, not just one side.”
Wang declined to answer a question about what specific compromises Xi may offer to win a trade deal with Trump.
Both the Chinese and U.S. teams are making preparations for the Xi-Trump meeting, Assistant Foreign Minister Zhang Jun told the same briefing, again without offering details.
The two countries are in the middle of a costly trade dispute and have slapped increasingly severe tariffs on each other’s imports. China has vowed to not give in on issues of principle nor under U.S. pressure.
Trump has threatened to put tariffs on another $325 billion of goods, covering nearly all the remaining Chinese imports into the United States, including consumer products such as cellphones, computers and clothing.