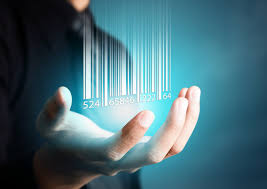 Disruption in slow motion has been the theme of the consumer goods industry in recent years. Despite rising global demand, the biggest FMCG companies are being outmanoeuvred in the marketplace by agile, digital-savvy upstarts. The little kids are stealing the big kids’ lunch – between 2011 and 2016, US$22 billion in FMCG sales shifted from larger to smaller companies in North America alone, according to Boston Consulting Group.

Why isn’t the enormous resource advantage enjoyed by industry leaders enough to propel them ahead of the trends? A large part of the answer resides in their poor innovation track record. Our recent article in Sloan Management Review, “The Promise of Targeted Innovation” (with Tushmit M. Hasan of University of Texas at Austin), presents original research showing that the larger brand owners are achieving no appreciable impact on sales and revenue through innovation, despite annual R&D spending in excess of US$1 billion on average. These leading firms’ marketing investments, by contrast, have had a strong positive correlation with sales results.

Take for example FMCG heavyweight Procter & Gamble, the once-indomitable innovator that gave us such supermarket staples as Tide laundry detergent and Crest toothpaste. A tenet of the company used to be “Good science will win”, and Cincinnati’s conception of “good science” comprised R&D, market research and market testing. Since 1999, the year P&G introduced the Swiffer, the company has poured more than US$38 billion into R&D. Yet the long-in-the-tooth Swiffer remains its youngest blockbuster brand. P&G’s innovation doldrums are doubtless a contributing factor to its slumping sales in recent years.

By contrast, many companies that have invested more modestly in innovation have seen far better sales results. This group includes German companies Henkel and Beiersdorf, L’Oréal in France – and the U.K.’s Reckitt Benckiser, maker of Strepsils lozenges, Dettol soap and other leading international consumer health brands.

The Sloan article looks closely at Reckitt’s R&D activity to explore how some firms in consumer goods are achieving more with less. We call this style of innovation investment “Lorenzian”, as an homage to mathematician Edward Lorenz, a pioneer of chaos theory. Lorenz’s insight was that small things can set momentous events in motion, like the proverbial butterfly’s wings triggering a tornado. The opposite approach exemplified by companies like Unilever and P&G is what we term “Newtonian”, based on Sir Isaac Newton’s law that every action has an equal and opposite reaction – i.e. if you want big returns, invest hugely. (Or, as these large companies call it, “bigger, better, faster”.) The numbers show that at least in the consumer goods sector, the neatness of the Newtonian symmetry no longer applies.

The answer for Newtonian companies may not be to shrink their investments to Lorenzian scale. But if they are going to continue their R&D extravagance, there are three possible ways they can start investing more wisely.

Make more small bets and fewer big ones. Reckitt’s innovation emphasises incremental tweaks to existing products carefully chosen to make big headway with consumers. The company plumbs consumer research to devise successive revisions to its best-sellers, such as adding a rinse agent, salt and a protective ingredient for ceramic glaze to its Finish dishwashing detergent.

This judicious, data-driven approach may appear far removed from the glamour and glory associated with “disruptive innovation”. But in reality, watershed innovations such as the iPhone would not have been possible without a constellation of minor technical breakthroughs behind the scenes. There are a host of instructive examples from the sports world as well. Consider the “moneyball” philosophy developed by baseball team the Oakland Athletics, or the U.K. cycling team’s unexpectedly successful showing at the 2012 Olympics, partly powered by “marginal gains” such as the addition of muscle-restoring fish oil to athletes’ diets. The sports parallel is not lost on Reckitt’s former CEO Bart Becht, who has said, “Innovation is about getting many base hits and occasionally hitting the home run. You very rarely win a baseball game just by hitting home runs.”

Buy in new ideas. Newtonian companies can maximise R&D returns by opting to purchase innovations originating from outside the organisation, thereby outsourcing risky R&D to companies better suited for the job.

For example, Nestlé recently inked a deal for six-month exclusive access to Swiss private-label chocolate supplier Barry Callebaut’s newly created ruby chocolate – marketed as the first new colour of natural chocolate since white was introduced some 80 years ago. Barry Callebaut has kept the recipe for ruby chocolate a closely guarded secret, claiming only that it is an all-natural process involving “ruby cocoa beans” that have not undergone genetic modification. In early 2018, Nestlé launched a ruby chocolate KitKat bar in Japan and South Korea, just in time for Valentine’s Day.

Get marketing and R&D to cooperate. Fantastic innovations that are badly marketed will struggle undeservedly. Yet many big tech firms that are ploughing money into R&D expect their marketing departments to run on a comparable shoestring.

Conversely, imbalance of power in the consumer goods industry works in favour of marketing, with R&D generally taking a backseat. This may help explain why the Newtonians’ investments in innovation are not driving sales, while marketing outlays are paying off handsomely. Before they can increase their sales impact, then, R&D managers should seek a foothold nearer the summit of organisational influence. They should take the lead in finding external candidates for partnership and acquisition, in addition to embedding themselves in the ecosystems where new ideas are being generated. Once they have found the next big thing, they will require an expanded political skillset to ensure that they have the ear of key decision makers.

The big spenders of the consumer goods industry may do well to direct their considerable resources towards developing R&D managerial talents capable of being strong, enthusiastic innovation champions within large organisations – or sourcing such talent outside the firm.

Marcel Corstjens is the Unilever Chaired Professor of Marketing, Emeritus, at INSEAD.