Domestic investors have continued to dominate activities on the local bourse in spite of the situation in the currency market, with its attendant illiquidity level in the FX segment, as their total share of transactions printed 82 per cent in April 2021, compared to 82.2 per cent in March, while foreign investors accounted for 18 per cent of the total transaction, and higher by 20 percentage points from 17.8 percent recorded in the previous month, as contained in market performance data released by Nigerian Exchange (NGX). 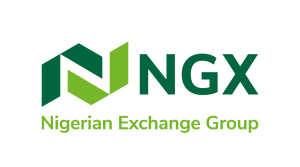 The overall data are, however, an indication of a general bearish condition at play in the local bourse as aggregate transactions still points to a decline.

According to the data polled by the Nigerian Exchange Group (NGX) from market operators on their domestic and foreign portfolio investment (FPI) inflows for the month of April 2021, total transaction decreased 30.01 per cent to N159.9 billion or $389.9 million from N228.49 billion or about $560.55 million transacted in March 2021. The performance of the reviewed month when compared to the performance in April 2020, which stood at N128.67 billion, shows that total transactions increased by 24.29 per cent. The growth in total transactions reflects increased buying enthusiasm as investors sought to take advantage of market dips to gain exposure to high dividend yield stocks. In April 2021, the total value of transactions executed by domestic investors outperformed transactions executed by foreign investors by 64 percent.

In line with projection by market analysts that domestic investors will remain dominant players in the equities market until the FX situation is remedied, the institutional investors in the local bourse outperformed retail investors by 44 per cent.

The NGX began the 2021 trading year on a high note following the bullish run experienced in the last quarter of 2020. Although, the optimism that shaped the capital market at the beginning of the year declined towards the end of Q1 2021. This can be seen in the return posted by NGX All-Share Index (ASI) which closed the quarter at 39,045.13 points, signifying a 3.04 percent decrease from 40,270.72 points at the start of the year.

A cursory look into the sectoral fronts by performance during the review period gave the snapshot that the ICT sector was the best performing sector during the quarter as it recorded a 127.7 per cent 52-week change and a market capitalisation of $16.58 billion or N6.8 trillion. It was followed by the industrial goods sector with $16.3 billion or N6.7 trillion; financial services and consumer goods sectors, with $9.3 billion or N3.8 trillion and $5.5 billion or N2.23 trillion in capitalisations, respectively. Performing from the bottom was the natural resources sector with $20.5 million or N8.4 billion in market cap, as well as the healthcare and conglomerates sectors that recorded $85 million or N34.7 billion and $152.3 million or N62.23 billion in market cap between January and March 2021.

Meanwhile, the large-cap firms on the exchange performed largely and recorded $39.74 billion or N16.24 trillion in total market cap while the mid-cap and small-cap companies’ performances were noticeable as they recorded about $7.7 billion or N3.14 trillion and $2.57 billion or N1.05 billion during the review period.