Victor Osadolor, a top Nigerian banking executive and chartered accountant, is now understood to be leading a board of directors on a rescue mission for troubled electricity utility company, Abuja Electricity Distribution Company (AEDC), whose coverage includes the Federal Capital Territory of Abuja, Nigeria’s capital city, and Nasarawa, Niger, and Kogi states. The new board is believed to have begun work on the rescue task ahead. 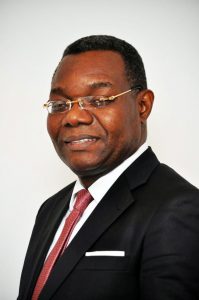 Sources within the Abuja based firm said once the board was emplaced, Osadolor, who is the chairman of the new board, told staff in an address of the need to work with the interim management on the transformation which has been planned for the business going forward.
He said: “I want to assure you that the new Board of Directors is committed to the well-being of our employees. May I please request that all employees and stakeholders remain steadfast and support the interim management as they embark on the transformation of the business for our collective benefit. I thank you all for the sacrifices and commitment thus far as we begin this refreshing chapter of our corporate journey.”
Nigeria’s power industry regulator, Nigeria Electricity Regulatory Commission (NERC), government privatisation agency, the Bureau of Public Enterprises (BPE), sources said, both approved the appointments of the new board and interim management, which was conveyed on 9 December 2021 in a letter, which also confirmed the interim management as fit and proper to provide leadership to AEDC.
But the banker is leading a formidable team, expected to make the work easier, and who will be required to deliver on a turnaround agenda for the electricity distribution company that has been in the news recently for all the non-power distribution reasons.
Osadolor is chairman of UBA Pensions, and also served as deputy managing director of the pan-African banking group, United Bank for Africa. A non-executive director of African Finance Corporation (AFC), he is well regarded in the banking and finance circle as a seasoned finance and business turnaround expert whose decades of experience will come to bear on leading the new board of the electricity distribution company.
Businessamlive.com also learnt that the Osadolor-led new AEDC board also includes Alex Okoh, the director general of the Bureau of Public Enterprises (BPE), member of Nigeria’s Presidential Economic Advisory Council with over three decades of corporate experience in general management, leadership, banking and organisational development.
Also on the new board are Atiku Abubakar Tambuwal, Sam Adikamkwu, a legal practitioner and former chief legal adviser at UBA; and Muyiwa Akinyemi, described as a seasoned accountant and is currently group executive at UBA.
Before the new board came into being, AEDC sources said an interim management team had been constituted and charged with bringing some business normality to the troubled power distributor, where workers had gone on strike and caused power supply to be disrupted across its vast franchise.
Bada Akinwumi, serving as interim managing director, will lead the interim management team, and will be supported in this task by other members, including Sani Usman as interim chief business officer; Babajide Ibironke, serving as interim chief finance officer; Donald Etim as interim chief marketing officer; and Femi Zacheus, who will serve as interim chief technical officer.
Businessamlive Website Stats