Top U.S. officials arrived in the Chinese capital on Tuesday ahead of high-level trade talks as the world’s two largest economies attempt to hammer out a deal ahead of a March 1 deadline and avoid another escalation of tariffs. 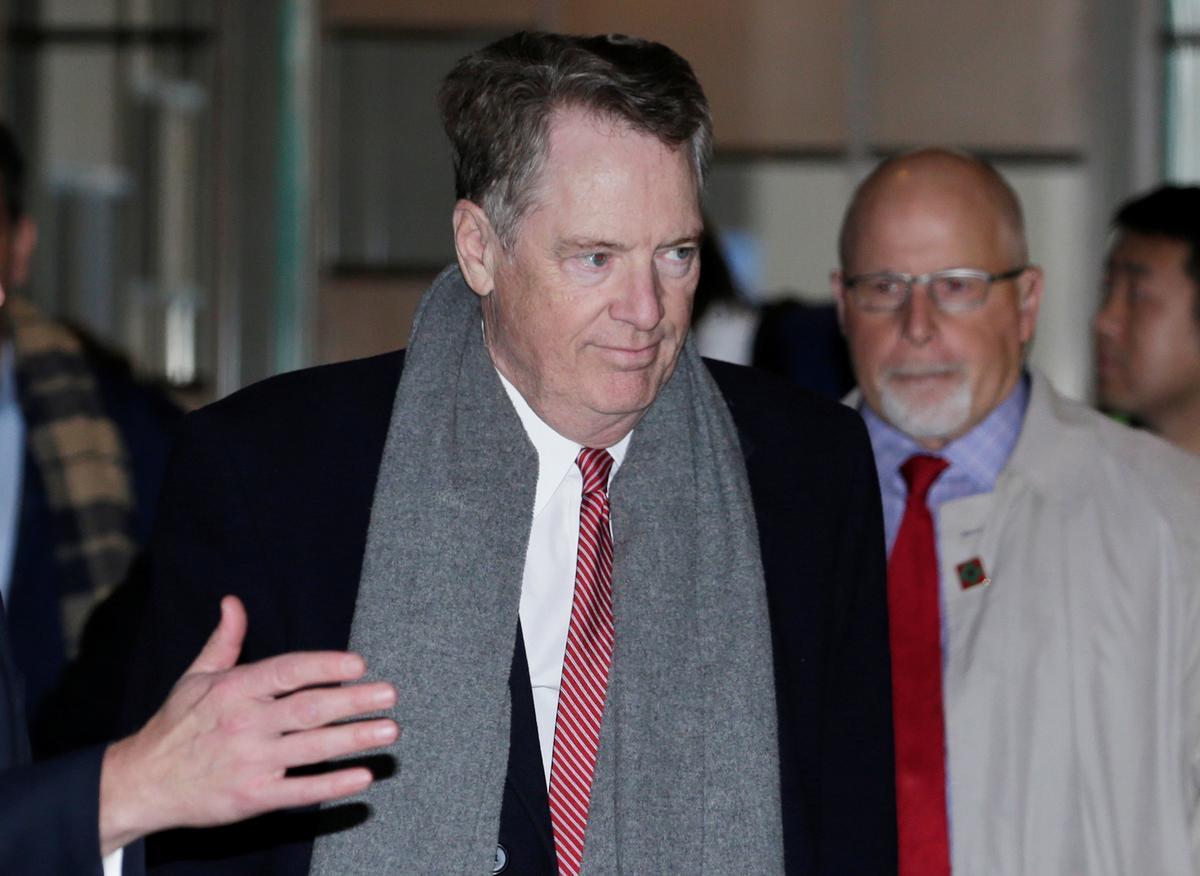 U.S. Trade Representative Robert Lighthizer and Treasury Secretary Steven Mnuchin are scheduled to hold talks on Thursday and Friday with Chinese Vice Premier Liu He, top economic adviser to President Xi Jinping.
If the two sides cannot reach a deal by March 1, U.S. tariffs on $200 billion worth of Chinese imports are scheduled to increase to 25 percent from 10 percent. China will likely respond by raising tariffs on $60 billion worth of U.S goods that it announced last year in retaliation.
“We’re looking forward to several important days of talks,” Mnuchin told reporters after arriving at a Beijing hotel.
Lighthizer, who arrived at the hotel earlier in the day, did not answer reporters’ questions.
Washington is expected to keep pressing Beijing on long-standing demands that it make sweeping structural reforms to protect American companies’ intellectual property, end policies aimed at forcing the transfer of technology to Chinese companies, and curb industrial subsidies.
Talks kicked off in Beijing with discussions among deputy-level officials on Monday before minister-level meetings later in the week. A round of talks at the end of January ended with some progress reported – but no deal and U.S. declarations that much more work was needed.
U.S. President Donald Trump said last week he did not plan to meet with Xi before the March 1 deadline, dampening hopes that a trade pact could be reached quickly.
However, White House senior counselor Kellyanne Conway said on Monday a meeting was still possible soon, telling Fox News Channel that Trump wants a deal with China, but it must be “fair to Americans, and American workers and American interests”.
Businessamlive Website Stats