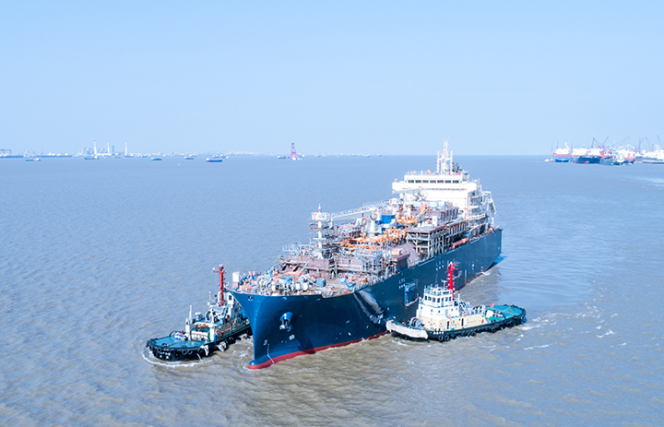 Following delivery, the vessel will be positioned in the Marseille-Fos area in France, according to Bureau Veritas official.

The bunker vessel is being built by Hudong-Zhonghua Shipbuilding in China, and will have a capacity of 18,600 cubic meters for a length of about 135 meters and will be fitted with the Mark III membrane containment system provided by French company GTT

This vessel has been specifically designed to supply LNG bunker in the Mediterranean area to a wide range of vessels, including containerships, tankers, ferries and large cruise ships. The vessel will use LNG as propulsion fuel and integrate a complete re-liquefaction of the boil-off gas.

LNG World News reported that the newbuild vessel will be operated under the French flag by MOL, jointly with the Marseille-based Gazocean.