TotalEnergies Nigeria Plc said it has established two compressed natural gas (CNG) stations in Abuja and Lagos, set to be operational in the first half of 2022.
Samba Seye, the company’s managing director, made the disclosure while speaking at the recent 15th Oil Trading and Log 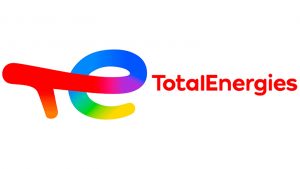 istics (OTL) Africa Petroleum Downstream Expo 2021 held in Lagos.
Seye, who was represented at the conference by Charles Atiomohis, his advisor, said the development was part of TotalEnergies’ commitment to global transition with a target of net-zero carbon emissions by 2050.
According to him, the company’s production and sales mix would experience a significant change by 2030 as operations will constitute 50 percent gas; 35 percent oil and liquid biofuels; and 15 percent electricity, mostly renewable. He added that by 2050, the mix would be 40 percent renewable power, 40 percent gas and 20 percent liquid products.
He further explained that the development  was also in support of the autogas scheme of the federal government, which was created to convert vehicle engines in the country from petrol and diesel to CNG.

Seye expressed optimism that more CNG stations would be set up if the government continued to initiate policies to deepen gas utilisation and profitability.
He also emphasised the need to reduce the cost of conversion kits and other sources of renewable energy in order to encourage more Nigerians to adopt the switch.
Businessamlive Website Stats