Japanese multinational automotive manufacturer, Toyota, has announced a $13.6 billion investment in the development and supply of batteries for electric and hybrid vehicles over the next ten years, a move expected to cut battery costs by half per car in 2030. 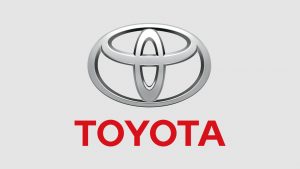 The world’s biggest automaker also disclosed a partnership with Panasonic, a leading electronics corporation, as it aims to make its production carbon-neutral by 2035 in compliance with the Japanese government’s 2050 deadline for the world’s third-largest economy. This also follows criticisms over alleged  slow transition to electric vehicles because of its dominance in hybrid vehicles that operate using fuel and battery power simultaneously.

Maedahiko Maeda, Toyota’s chief technology officer, said the company is determined to develop and produce solid-state batteries that provide faster charging times, longer driving ranges, and are safer than current batteries using liquid solutions. He added that the company will also use solid-state batteries in hybrid vehicles to make the technology more commercial.
Though the Japanese company did not disclose the geographic breakdown of any battery plant plans or investment plans,  Masaichi Okada, its chief product officer, assured that by 2030, the group would have  established a total of 70 electric vehicle production lines. In addition, the company said it will launch 15 electric vehicles by 2025, while it plans to  sell eight million electric vehicles by 2030.