Equities around the world rose on Monday as possible progress in resolving the trade dispute between the United States and China engendered some investor optimism in what has been a punishing end of year for markets. 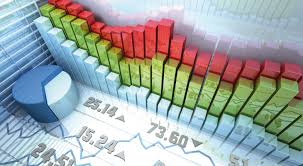 The U.S. benchmark S&P 500 stock index advanced in light trading volume after U.S. President Donald Trump said he held a “very good call” with China’s President Xi Jinping on Saturday to discuss trade and said “big progress” was being made.

Chinese state media were more reserved, saying Xi hoped the negotiating teams could meet each other halfway and reach an agreement that was mutually beneficial.

The rise in U.S. equities mirrored that in Asian and European markets, which were also buoyed by trade optimism.

Despite Monday’s advance, equities ended the year largely in the red, victims of investor anxiety over trade tensions and slowing economic growth. Asian and European shares had been sluggish for much of the year, and in recent months, U.S. stocks followed suit.

“If the European economy continues to decelerate and the Chinese economy decelerates because of tariffs, there is definitely going to be spillover to the United States,” said Shannon Saccocia, chief investment officer at Boston Private.

The S&P 500 dropped more than 9 percent in December, its largest decline since the Great Depression. For the year, the index slid more than 6 percent, its biggest drop since the 2008 financial crisis.

Asia-Pacific shares outside Japan ended down 16 percent for the year, while the STOXX 600 was more than 13 percent lower. MSCI’s gauge of stocks around the globe ffell 11.1 percent in 2018.