Coming to work in Ikeja today, the first day of work following the ban on okada, came in bold relief the full picture of the impact of the okada ban. People were seen trekking in large numbers from Agegge towards Ikeja, the Lagos State capital. Over the weekend, yours truly had read that bus drivers had cashed in on the absence of okada to inflate transport fares. This will require more investigation.

But the question that comes to mind is: can we legislate and regulate economic behaviour? Would it not look like trying to make hot air go down when the behaviour of hot air is to rise up? Economics, we are told, is a social science which studies human behaviour as a relationship between ends and scarce means which have alternative uses. So Economics studies, it does not Impose or force human behaviour.

In the Economic Environment of Business class, my teacher once asked us if a monopolist could charge whatever price he / she wanted. That was food for thought. First the mass trekking points to the inadequacy of buses for mass transit. So there is a market that okada riders have seen. Nature abhors a vacuum and in a free market economy, this is an opportunity for business. So the challenge will be to meet up with the current demand for an affordable means of  mass transit. Perhaps a culture of ride sharing may evolve. This could reduce traffic congestion also if keeping okada out of that market will be sustained.

The basic economic forces are those of demand and supply. In a market where the demand exceeds supply, price goes up. This is an expected human behaviour in a free market economy. It remains to be seen whether a price control or a legislation on price will cause the interaction between demand and supply to change. It might be like forcing hot air to go down with a funnel.

Of course unless you condense the gas into some liquid , it will at the end of the funnel rise up again. So unless there is some statistics taken during this period and an estimate made across routes to enable planned intervention, prices are likely to go up in the face of surging demand. May be the trains will help change the equation. But the routes served by trains are limited and may not have the cooling effect needed to keep transport fares down.

Now back to my teacher’s question: can a monopolist ( now in this case a bus driver who has no competition from Okada riders) charge whatever he/ she feels like? This situation may attract some opportunistic  “touch- and –go” business men who will come and contest the market with the monopolist. The problem with “touch- and –go” business men is that they are not registered businesses, incur little or no costs to enter the market, but will come contest the super normal profit of the monopolist. These types of businesses create safety and security risks. And where choices are limited and prices are high, this new breed of “ touch- and – go” businesses will, like in Chinua Achebe’s Things Fall Apart, behave like the bird that says it has learnt to fly without perching since men have learnt to shoot without missing.

If the people perceive the new regulation as punitive and unfair, then it will be “ Us versus them” – the people and the new reincarnated business model versus the law enforcement agents. This early stage of okada ban provides the opportunity to resolve transportation challenges before other market players fill the vacuum and meet the need that is showing very plainly. 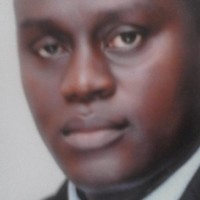 Young Jamaican's invention could help tackle spread of viruses like Covid-19
Coronomics: The cause against “Corona Keynesianism”
COVID-19, economic stimulus and time lag
COVID-19: The ways Nigerian churches can show true christian leadership
Economy in topsy-turvydom
The U.S. is wronging Nigeria and the energy industry with travel ban
Africa’s life after OPEC+
RE: When Desperation Comes to Roost at NBET
We must not jeopardize Africa’s future in the name of fighting Climate Change
12 Tucano planes: Buhari needs to explain where $167m went

Banking fraud increases 539% in one year