By Samson Echenim
The Nigerian government plans to roll out free train services from Ebute Meta to Ibadan on November 30 this year, barring any delay in the completion of the rail tracks from Iju-Ishaga to Ebute Meta in Lagos. 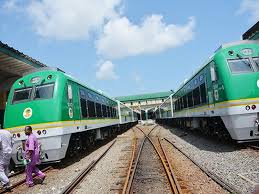 The move is part of an initiative by the government to ease traffic on the Lagos-Ibadan Expressway under reconstruction which has been experiencing gridlock.
“The Federal Government plans to commence free train services from Ebute Meta in Lagos State to Ibadan by November 30, 2019,’’ said Rotimi Amaechi, minister of transportation.
He has, therefore, urged the contractors, China Civil Engineering Construction Company (CCECC), to complete the remaining 19-km track to link Iju-Ishaga to Ebute Meta latest by November 25.
Reacting to the deadline, Xia LiJun, deputy project manager, CCECC Railway Project, was skeptical of the date, urging the government to give the firm more time.
He cited the weather conditions and the gridlock in Lagos metropolis as some of the factors that would not allow them to deliver the job on the November date.