The Nigerian Treasury Bills (NTBs) rates have dropped to single-digit at the end of yesterday’s primary market auction (PMA). Analysts said the last time NTB rates were at the current position was three years ago. 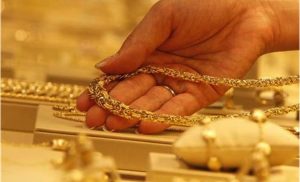 The development followed the Central Bank of Nigeria’s (CBN) recent decision to ban banks, non-bank financial institutions, other local firms as well as individuals from participating in its open market operations (OMO) auctions.

At the end of the PMA, the interest rate for the 91-day stood at 7.80 per cent as N4.38 billion of the debt instrument was sold, as against a strong demand N7.80 billion that was put forward by investors. On the other hand, while rates for the 182-day bills closed at nine per cent, the regulator sold N12.92 billion of the instrument. Also, the marginal rate for the long dated 364-day bill closed yesterday at 10 percent, with the total amount sold by the regulator at N108 billion.

In all, whereas, the central bank offered to auction a total of N125 billion bills, it was oversubscribed as the total bid put forward by investors was N556 billion.

The CBN had last month completely prohibited individuals and local firms from investing in both its primary and secondary OMO auctions.

With this new CBN’s directive, investing in OMO bills is now be for banks and foreign investors alone.