Donald Trump’s administration is concerned about any action by U.S. companies that provides a financial lifeline to Venezuela’s government, after Goldman Sachs Group Inc came under fire for purchasing $2.8 billion of state oil company bonds at a steep discount, Reuters reports.

Venezuela’s political opposition and some U.S. lawmakers have condemned the purchase of so-called “hunger bonds” as a way to prop up President Nicolas Maduro’s cash-strapped government, accused of being behind food shortages affecting millions of Venezuelans in a worsening crisis.

According to Reuters, the New York-based investment bank said last week that it never transacted directly with Venezuelan authorities when it bought the bonds of oil firm PDVSA for pennies on the dollar.

“We’re concerned by anything that provides a lifeline for the status quo,” one U.S. official, speaking on condition of anonymity, told Reuters. “I would prefer them not to.” 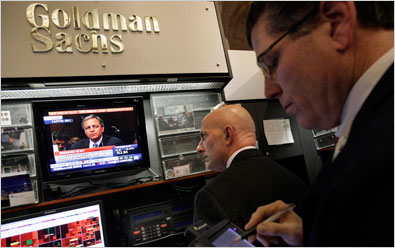 The officials said they did not know whether the Trump administration had made its case directly to Goldman Sachs.

Goldman Sachs did not respond to a request for comment.

In a letter to Goldman Sachs President Lloyd Blankfein, Borges said Congress would open an investigation into the transaction and he would recommend “to any future democratic government of Venezuela not to recognize or pay these bonds.”

The Trump administration, which has several former Goldman Sachs executives in senior roles, has yet to officially comment on the issue.

Engel said the bond purchase allowed Maduro and his associates to “regularly abuse the human rights of Venezuelan citizens while at the same time blocking their access to much-needed food and medicine.”

Venezuela’s opposition won control of the legislature in a 2015 election, but the pro-government Supreme Court has annulled all its measures and essentially stripped its powers. The country has been engulfed in two months of anti-government unrest, which has left more than 60 people dead on both sides.

Maduro’s government says the United States and Venezuela’s opposition are seeking to oust him from power.

With Venezuela’s inefficient state-led economic model struggling under lower oil prices, Maduro’s unpopular government has become ever more dependent on financial deals or asset sales to bring in coveted foreign exchange. Venezuela’s international reserves rose by $749 million on Thursday and Friday, reaching around $10.86 billion, according to the central bank.