President Donald Trump and top Democrats in Congress sparred over the partial shutdown of the U.S. government on Monday, with no sign of tangible efforts to reo 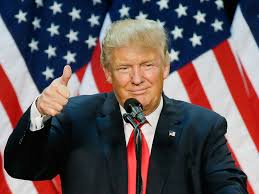 Senate Democratic leader Chuck Schumer and his counterpart in the House of Representatives, Nancy Pelosi, accused Trump of being under the sway of conservative House Republicans and blasted the White House for saying “different things about what the president would accept or not accept.”

“It’s Christmas Eve and President Trump is plunging the country into chaos,” Schumer and Pelosi said in a joint statement as the shutdown dragged through a third day.

“Meanwhile, different people from the same White House are saying different things about what the president would accept or not accept to end his Trump Shutdown, making it impossible to know where they stand at any given moment,” they said.

The White House did not respond to a request for comment.

Late on Monday, in a White House appearance where he talked with children by telephone about Christmas and Santa Claus, Trump was asked by reporters if there had been any progress in talks about funding the government.
“Nothing new,” Trump said. “We need border security.”

Trump, who canceled plans to go to his Florida resort on Friday for Christmas because of the shutdown, was scheduled to discuss border security with U.S. homeland security officials on Monday afternoon.

Afterward, Trump said in a Twitter message: “I am in the Oval Office & just gave out a 115 mile long contract for another large section of the Wall in Texas.”

He gave no details, and the White House did not immediately respond to a request to comment on what he meant.

Earlier the president said on Twitter that he was “all alone (poor me) in the White House waiting for the Democrats to come back and make a deal on desperately needed Border Security.”

On Sunday, a top Trump aide said the shutdown could continue to Jan. 3, when the new Congress convenes and Democrats take control of the House.