Turkey pledged on Wednesday to boost the capital level of banks and relieve bad debts in a sector left reeling by last year’s currency crisis, as the country moved to revive an economy plagued by inflation and recession. 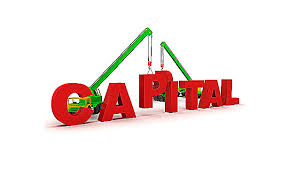 Relief for banks is the first step in the government’s long-awaited reform package, which also included promises to boost valuable export sectors and adjust taxes.
The lira, which plunged nearly 30 percent last year and was volatile in recent weeks, softened as analysts weighed the benefits for banks against the risk of higher deficits and potential overreach by a government prone to stop-gap measures.
Finance Minister Berat Albayrak said Turkey will deliver 28 billion lira ($4.9 billion) to recapitalize state banks and that private banks could increase their capital if needed.
Dividend and bonus payments would be limited as the economy rebalances, and some problem loans would be transferred to off balance sheet funds of local banks and international investors, according to Albayrak’s presentation, which added that two funds focusing on energy and real estate would be created.
“This change and reform process will continue decisively for the next four years,” Albayrak said.
Turkey’s economy suffered its worst quarterly contraction in nearly a decade after the currency crisis, which sent inflation soaring as high as 25 percent and left its companies and banks saddled with foreign-currency debt.
At its nadir last year, the Turkish lira lost nearly half its value against the dollar. The crisis – which shook global financial markets – was set off by strained U.S.-Turkey ties and concerns over central bank independence.
Jittery international investors have been waiting for the government to signal an unambiguous break from the credit-fueled growth strategy under President Tayyip Erdogan. They had called for more ambitious long-term commitments to shore up banks, relieve debt-laden companies, increase exports and free up the central bank.
Cristian Maggio, head of emerging markets strategy at TD Securities in London, said the message of government support and fiscal discipline was contradictory. “The market will be very sensitive to any deterioration of the budget, because that is one of the few anchors that Turkey still has,” he said.
In October Turkey pledged to reduce capital expenditure by 20 percent in 2019.
Initial results from local March 31 elections showed Erdogan’s AK Party losing control of Ankara and Istanbul, stoking investor worries that Turkey would continue to lean on short-term stimulus measures that failed to tackle deeper weaknesses in the economy.
But Albayrak, Erdogan’s son in law, said in his Istanbul presentation: “We did not give up on fiscal discipline before the election and we will not give up on it after the election.”
The government loans would prioritize strategic sectors, exports and local production, he said.
The reform package also includes pledges to lower exemptions and reduce corporate tax, and to integrate the country’s severance pay fund with its private retirement insurance fund.