Turkey’s troubled lira fell to its lowest level since October on Thursday after its central bank scrapped a pledge to raise interest rates if needed. 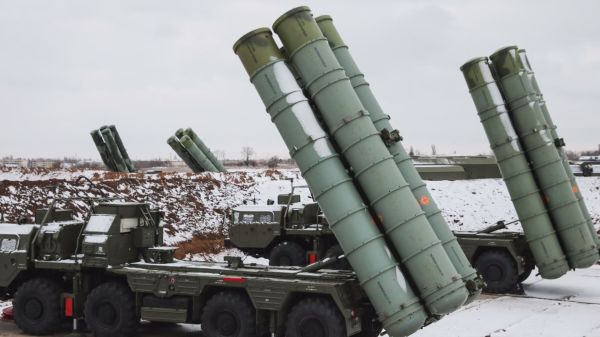 The monetary tightening pause, now in its seventh month, is repelling investors already worried about double-digit inflation, unorthodox policy, political influence over the central bank’s independence, and dramatic yet unexplained moves in Turkey’s foreign currency reserves.
The lira was trading at 5.9502 to the dollar at 2:30 p.m. London time, and was down 1.5% at one point during the session. It is now down 7% on the greenback in the last month.
The Turkish central bank’s move has further shaken investor confidence in the country of 80 million, whose currency crash last year set off a run on emerging markets worldwide.
“No other way to say this, but pretty ridiculous move by the CBRT (Central Bank of the Republic of Turkey) … why on earth would you do that when you are still in the market’s cross wires, you are losing FX (foreign exchange) reserves and the lira is un-anchored,” Timothy Ash, senior emerging markets strategist at Bluebay Asset Management, said in an emailed note.
“It’s like the CBRT has just made mistake, after mistake over the past couple of years.”
Turkey’s Monetary Policy Committee’s statement on Thursday dropped its previous pledge that “if needed, further monetary tightening will be delivered.” It said instead that its decisions “will be determined to keep inflation in line with the targeted path,” widely interpreted by investors as dovish.
The bank’s benchmark rate is currently 24%.
Turkey’s currency had lost 36% of its value against the dollar by the end of last year and the country fell into a recession amid mounting inflation, investor fears over Turkish President Recep Erdogan’s control over the central bank, diplomatic fights with the U.S. and a widening current account deficit.
Now, as Erdogan’s ruling AK Party reckons with bruising losses in local elections, in which it appears to have lost key cities that had long been under its control, many regional watchers worry that the government will double down on populist policies that seek to keep rates low, despite the official inflation rate at nearly 20%.
Analysts also warn of further pressure to the currency amid mounting tensions with the U.S. over a weapons purchase deal with Russia.
Investors remain perplexed over a lack of explanation from the government for rapid drops in foreign reserves and reports that the central bank is borrowing in order to bolster them.
The lira has been ranked by analysts as the worst-performing emerging markets currency this month. Ratings agency Moody’s expects the Turkish economy to contract by 2% in 2019.