According to NetBlocks, the country records financial losses of up to $180,000 (N90.7million) per hour; and the unpopular decision has put many jobs at risk since the ban came into effect three days ago. 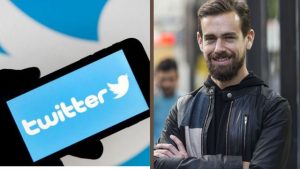 The analysis by Netblocks’ Cost of Shutdown Tool (COST), exposed that the ban had cost Nigeria over $12 million (N6 billion) in revenue as of 7:00 am on June 7. The tool fixed a single-day total internet outage cost at $99 million (N48.596 billion) in economic value.

According to the NOI Polls social media report, an estimated 40 million Nigerians use the Twitter, an American microblogging and social networking service, which allows users to post and interact with messages known as “tweets”.

Development and economic experts say they expect more economic woes for Nigeria should the government maintain its obstinate stand.

Twitter is one of the world’s most popular apps, and has been downloaded by nearly 40 million users so far in Nigeria. The consequence of the ban would lead to huge hit of Nigeria’s reputation and goodwill in the comity of nations. Advertisers and investors are expected to shun the country for other neighbouring nations with better ease-of-doing business.

Only last month, Twitter snubbed Nigeria, where it has perhaps the biggest most active users (MAUs) and chose Ghana, a fellow West African and ECOWAS member where the social networking app has about 5 million MAUs.

Many analysts have adduced that Muhammadu Buhari administration’s vendetta action against Twitter was more a pyrrhic political move than for any economic gains.

Apart from the financial implications, which are already being indicated, the ban contravenes the constitutionally guaranteed fundamental rights of free speech and expression of millions of Nigerian citizens whose freedom of speech has been severely impacted. The social networking platform has so far been playing an important role in providing space for political debates and discussion of issues in the country. The app came loudly in expression last October 2020 when millions of Nigerian youths expressed their angst against Police brutality and bad governance.

The Federal Government action has also further amplified worry and misery rate of millions of citizens who foresee legal issues escalating if the authorities increasingly regulate content on their platforms.

Mike Ozekhome, a Senior Advocate of Nigeria (SAN) and frontline legal practitioner challenged the government to get prepared to prosecute millions of Nigerians by its avowed decision to commence prosecution of defaulters of the app usage ban. On her part, Oby Ezekwesili, former World Bank Managing Director and former Nigerian boss of the Bureau of Public Procurement and Minister of Education, said she was waiting to be arrested and prosecuted by the Minister of Justice and Attorney General of the Federation, Shehu Malami over the Twitter ban saga.

Meanwhile, the Federal Government on Monday summoned diplomatic envoys of the US, UK, Canada, the EU and others to a meeting to explain to them reasons for its unilateral action. But the opposition People’s Democratic Party (PDP) described the invitation as “diplomatic harassment” of the envoys.

Several local and foreign organisations, including the United States Mission in Nigeria, have advised the Buhari government to immediately suppress the ban on the media app, and direct its concentration on key macroeconomic issues, particularly tackling poverty and insecurity.

So far, the Nigerian Federal Government has bluffed the calls, as it has yet to provide any interim relief on repetitive requests. Reports by Foundation for Investigative Journalism said the government has approached Cyberspace Administration of China to discuss plans to build an Internet firewall.

Also, another report said Koo, Indian social networking startup has reached out to Nigeria with requests to be allowed to fill the gap left by Twitter. Its capacity and technological strength to match Twitter’s is left to be tested in a huge country like Nigeria.