Twitter is set to update its privacy policies globally for the sole purpose of giving users more information about what data advertisers might receive. The company is also launching a site that will provide clarity on its data protection efforts. 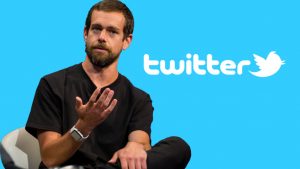 The new privacy policies, which are scheduled to take effect on January 1, 2020, would be complying with the California Consumer Privacy Act (CCPA).

According to the company, the privacy updates would give Twitter the flexibility to test different settings and controls with users, such as additional opt-in or opt-out privacy preferences, that would likely be restricted by the General Data Protection Regulation (GDPR), Europe’s landmark digital privacy law.

“We want to be able to experiment without immediately running foul of the GDPR provisions. The goal is to learn from those experiments and then to provide those same experiences to people all around the world.”

Twitter has made known that it was taking its privacy related issues seriously as it announced that it was working to upgrade systems and build privacy into new products. The company now has a site named ‘Twitter Privacy Center’ which is part of its efforts to showcase its work on data protection and also give users another route to access and download their data.

What you should know: With tech giants like Twitter and Facebook under scrutiny from various regulators in recent times, privacy and internet data have become hot political topics worldwide. This scrutiny is sending signals to social media platforms to employ better data practices which will lead to safe operations and in turn business growth so as not to be continually caught in the web of breaches and probes.