Chief executives of some of the largest U.S. banks appeared before Congress on Wednesday, giving lawmakers their first opportunity to grill the lenders since the 2007-2009 financial crisis. 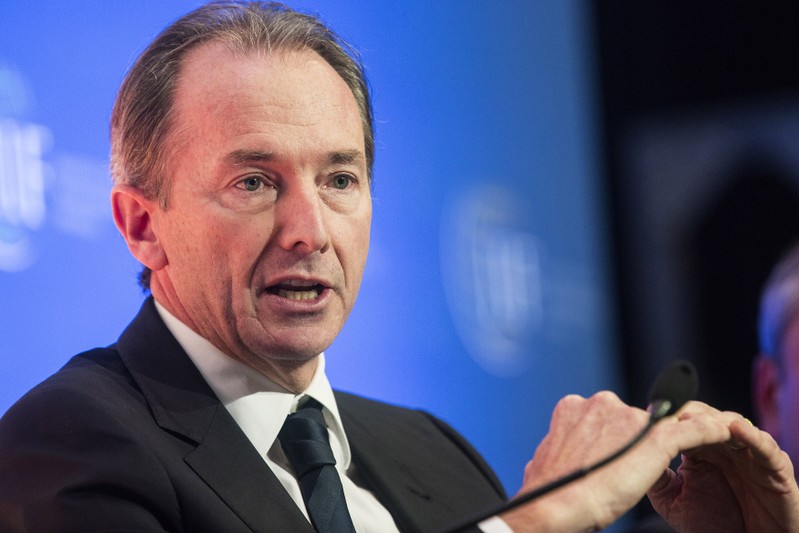 JPMorgan Chase & Co’s Jamie Dimon, Bank of America Corp’s Brian Moynihan, Citigroup Inc’s Mike Corbat, Goldman Sachs Group Inc’s David Solomon and Morgan Stanley’s James Gorman all faced off against the House Financial Services Committee.
Led by Democratic Representative Maxine Waters and staffed with some high-profile progressives including Alexandria Ocasio-Cortez, the panel was expected to quiz the CEOs on the safety of the financial system, compensation and diversity, as well as their role in financing gun-makers and private prisons.
Ronald O’Hanley, CEO of State Street Corp, and Charles Scharf, CEO of Bank of New York Mellon Corp, the country’s two largest custody banks, also appeared.
Wells Fargo & Co will not be represented since former CEO Tim Sloan resigned abruptly last month, two weeks after being grilled by the same committee.
In opening remarks, Democratic lawmakers questioned whether too-big-to-fail banks were also too big to regulate.
But Republican Representative Patrick McHenry questioned the need for the hearing and criticized Democratic lawmakers, saying they wanted to “dictate social and environmental policy through government actions on banks.”
Of the CEOs on the panel, only JPMorgan’s Dimon was in the top job since before the financial crisis, having been named CEO in late 2005.
Dimon reminded the panel of that during his introductory remarks, saying “we will never lose sight of what we learned,” but steps the bank took since the crisis have gone a long way to address concerns that contributed to the crisis.
The bank executives had prepared remarks arguing that Wall Street has reformed the practices that fueled the crisis and to stress the contribution banks make to the broader economy, testimony released on Monday showed.
Since the crisis, the country’s largest banks have added more than $800 billion in capital to bolster the financial system. But Democratic committee staff wrote in a memo to panel members on Friday that “questions remain regarding whether America is being well-served by the largest and most systemically important banks.”
The banks spent recent weeks preparing for the hearing by meeting with lawmakers and honing their talking points, and believe they have a strong story to tell, people familiar with their thinking said.
In the months leading up to the hearing, the banks also made a string of announcements to show how they are helping customers and communities.
Bank of America said on Tuesday it would raise its minimum hourly wage to $20 from $15 by 2021.
Last month, JPMorgan said it would no longer finance the private prison industry and would invest $350 million in job training programs.
Goldman Sachs has publicly set targets for hiring women and minority groups, a move Citigroup also made late last year.