U.S. consumer prices rose less than expected in September, held back by a slower increase in the cost of rent and falling energy prices, as underlying inflation pressures appeared to cool slightly.

The modest price increases come despite a U.S. labor market that looks robust by most measure 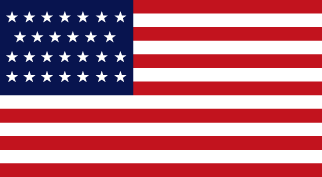 s. A separate report on Thursday showed an unexpected but moderate rise in the number of Americans filing for unemployment benefits last week.

With the readings only slightly below what analysts expected, the inflation report is not likely to impact expectations the Federal Reserve will raise interest rates at its December policy meeting.

“Overall, these data support our baseline view of a gradual pickup in inflationary pressures,” Oxford Economics said in a note to clients.

Excluding the volatile food and energy components, the CPI edged up 0.1 percent for the second straight month. The so-called core index had increased 0.2 percent in May, June and July.

In the 12 months through September, the core CPI increased 2.2 percent. Economists polled by Reuters had forecast both overall and core CPI climbing 0.2 percent in September.

U.S. Treasury yields extended their fall as the data added to the view that a sell-off in U.S. and global stocks may have partly paused expectations of a more aggressive pace of Fed rate hikes. The dollar weakened to a nearly two-week low against a basket of currencies.

The U.S. central bank has raised rates three times this year, and U.S. President Donald Trump on Thursday called the rate increases a “ridiculous” policy. It was the second consecutive day that Trump had criticized the Fed.

Separately, the Labor Department said initial claims for state unemployment benefits increased 7,000 to a seasonally adjusted 214,000 for the week ended Oct. 6. While analysts had expected a slight decline, the reading still remained near a 49-year low.

The four-week moving average of initial claims, considered a better measure of labor market trends as it irons out week-to-week volatility, rose 2,500 to 209,500 last week.

The labor market is viewed as being near or at full employment, which many economists believe is helping U.S. wages grow a little more quickly and fueling expectations of future rate increases.