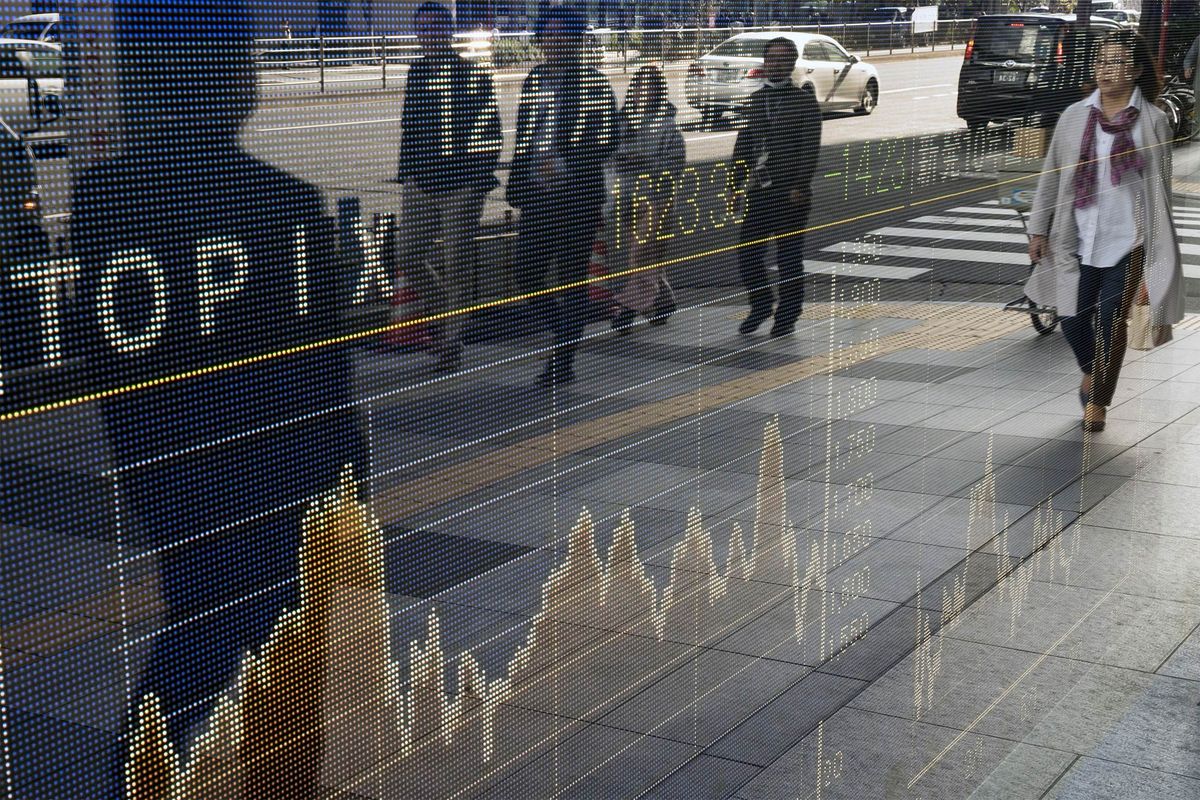 The S&P 500 Index and Dow Jones Industrial Average sank Thursday after the U.S. Commerce Department reported the worst drop for retail sales in nine years, while initial jobless claims came in higher than estimated.
The December sales data — which came out after a four-week delay due to the government shutdown — may reinforce the expectation that the Federal Reserve will avoid raising rates this year. But some observers suggested the figures may be out of sync with reality, which could explain why indexes climbed from their early lows after the initial shock.
Banks stocks were among the hardest hit, as the 10-year Treasury yield briefly sank below 2.65 percent. Defensive shares and companies with high dividend yields fell the least. Coca-Cola saw its biggest one-day loss in three years after selling fewer drinks in the Americas in the fourth quarter. Tech shares were buoyed by chipmakers and a positive earnings report from Cisco, mitigating the drop in the broader equity market.
Equity investors have been pinning their hopes on a relaxing of trade tensions between the U.S. and China, culminating in high-level talks in Beijing this week. Earlier, shares gained on reports that President Donald Trump is considering pushing back the deadline for imposition of higher tariffs on Chinese imports by 60 days. Trump also told reporters that trade talks are making good progress, helping to steady investor sentiment.
Food and industrial-goods shares had spurred the Stoxx Europe 600 Index amid a slew of company news, but its tracked the slide in U.S. futures. Equity benchmarks drifted in Japan, China and Australia, and ticked lower in Hong Kong. European core sovereign bonds rose and the single currency strengthened after data showed the euro region’s biggest economy stagnated in the fourth quarter, but dodged recession.
Elsewhere, emerging-market shares and currencies fell. Russia’s 10-year bonds dropped the most since since November after the U.S. Senate introduced sanctions legislation targeting the country’s banks and state debt.
Oil prices declined as falling shipments from Saudi Arabia and Venezuela were countered by gains in U.S. crude stockpiles as well as signs of cooling growth. And the pound weakened while gilts advanced ahead of Parliament’s latest set of votes on Theresa May’s Brexit strategy, and after dovish remarks from a Bank of England policy maker.
Businessamlive Website Stats