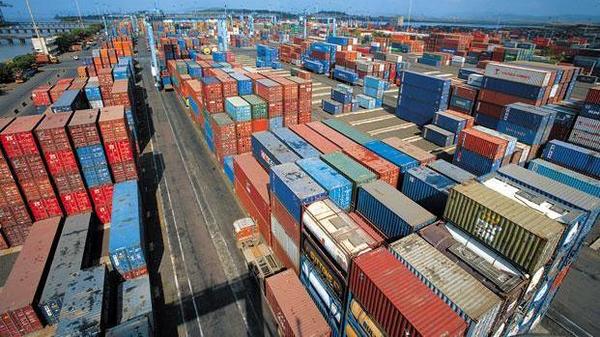 Reuters reports that the surprise narrowing in the trade gap reported by the Commerce Department on Wednesday also implied a much stronger pace of U.S. economic growth in the first quarter than initially anticipated at the start of the year.
The 20.2 percent drop in imports from China was the main driver behind a nearly 3.4 percent improvement in the U.S. trade deficit to $49.4 billion, data from the Commerce Department showed. Economists polled by Reuters had forecast the trade shortfall would widen to $53.5 billion in February.
The politically sensitive goods trade deficit with China – a focus of the Trump administration’s protectionist trade policy – decreased 28.2 percent to $24.8 billion in February as U.S. exports to the world’s No. 2 economy jumped 18.2 percent.
But even with the improvement, the trade deficit remains large and February’s drop in Chinese imports could be temporary. The trade data have been volatile in recent months amid big swings between exports and imports, because of the United States’ conflicts with trading partners, including China.
Washington last year imposed tariffs on $250 billion worth of goods imported from China, with Beijing retaliating with duties on $110 billion worth of American products. Trump has delayed tariffs on $200 billion worth of Chinese imports and talks to end the trade impasse continue.
The U.S. goods trade deficit declined 1.7 percent to $72.0 billion in February, also the lowest level since last June.
When adjusted for inflation, the overall goods trade deficit fell $1.8 billion to $81.8 billion in February. The average goods trade deficit for January and February is below the fourth-quarter average. This suggests that trade could provide a boost to gross domestic product in the first quarter after being neutral in the October-December period.
Growth estimates for the January-March quarter are in a 1.5 percent to 2.3 percent annualized range, largely reflecting an accumulation of inventories amid slowing domestic demand. The economy grew at a 2.2 percent rate in the fourth quarter, slowing from the July-September period’s brisk 3.4 percent pace.
U.S. Treasury yields rose slightly after the release of the data. U.S. stock index futures were trading higher while the dollar was largely unchanged against a basket of currencies.
The trade deficit in February was pushed down by a 1.1 percent jump in exports to $209.7 billion. Exports of services were the highest on record.