The World Trade Organization gave President Donald Trump the go-ahead to impose tariffs on as much as $7.5 billion worth of European exports annually in retaliation for illegal government aid to Airbus SE. 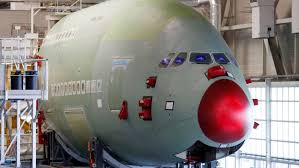 The award is the largest in WTO history — nearly twice as large as the previous record of $4.04 billion set in 2002.

The ruling on Wednesday is a milestone in the WTO’s longest-running dispute that will further test transatlantic relations, which have deteriorated under Trump’s “America First” approach to international ties. It’s also an example of Trump getting a favorable ruling from an organization he has threatened to pull out of.

The U.S. is already in a trade war with China, and any wider flareup of tit-for-tat tariffs with Europe could threaten a fragile global economy. The WTO on Tuesday cut its trade growth forecast for this year to the weakest level in a decade, warning against a “destructive cycle of recrimination.”

The decision is one of the final hurdles before the U.S. can announce which products from the European Union it will target with tariffs selected from an initial list that includes:

The new tariffs can take effect after the WTO adopts the report, which is expected to happen at a meeting in Geneva this month.

The Trump administration is considering a particularly damaging trade weapon known as “carousel” retaliation, which would enable the U.S. to regularly shift around the targeted goods, people familiar with the deliberations said last month. That would increase trade uncertainty and pain for European businesses.

The EU will retaliate against against any Airbus-linked tariffs when the WTO rules early next year on the bloc’s dispute over U.S. subsidies to Boeing, according to European Trade Commissioner Cecilia Malmstrom.

“The mutual imposition of countermeasures, however, would only inflict damage on businesses and citizens on both sides of the