The Chief Executive Officer of United Bank for Africa Plc (UBA), Kennedy Uzoka, is in Rwanda attending the ongoing 2019 Global Gender Summit. On the sidelines of the event, he spoke to CNBC Africa about the efforts his tier-1 bank is making towards accelerating financial inclusion for women across Nigeria and beyond. 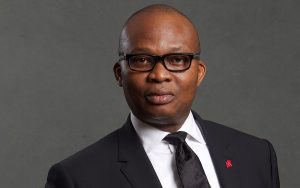 According to him, UBA had long realised that a lot of those within the financial exclusion spectrum are women. In specific terms, he said that the bank carried out studies that proved that 70% of women are excluded from the financial system. Now, as alarming as this seems, Uzoka noted that the most problematic thing is the fact that a lot of the banks do not even have access to many of the women.

There was the need to proffer an immediate solution to the problem by onboarding more women into the banking system, Uzoka said. He disclosed that UBA is doing this under two broad categories namely:

Meanwhile, on the part of the bank, efforts have so far centred around the bank’s DSA programme which basically entails hiring more people (salespeople). It is then the job of these salespeople to visit the unbanked women in their various locations in order to onboard them into the financial system. Similarly, UBA has started agency banking which makes it easier for the women (who are typically in remote locations), to access banking services.

Commenting on the role of mobile money in the bid to actualise financial inclusion, the top banker explained that there is more to it than just having a phone. In other words, financial inclusion goes beyond the ability to own a phone, he said. He also went short of saying that it is unfortunate that the likes of MTN and other mobile money operators have used that notion to confuse a lot of people.

“Financial inclusion is not just to have a phone and make a call. It goes beyond that. And they’ve used to… I won’t say confuse; but try to move away from what the real issue is. UBA will understand what it means. We want to give you the platform to do everything you want to do as a customer of a bank.”

It is interesting to see how a lot of Nigerian banks have taken up the challenge of actualising financial inclusion for all. Some people believe that the vigour we are currently witnessing was spurred by the emergence of financial technology companies whose approach to financial inclusion is not only radical but effective.

Come to think of it, many people in Nigeria and elsewhere have, for a long time, been financially excluded. Nigerian banks have always known this but never made quite the effort to solve the problem until now. That notwithstanding, it is a good development that this is happening now.