United Bank of Africa (UBA), Africa’s global bank, recorded a bullish third quartre performance for the period ended September 30, 2020 as it saw an uptick in its profit after tax, which rose to N32.7 billion for the quarter under consideration. It stood at N24.89 billion for the same period in the previous year. 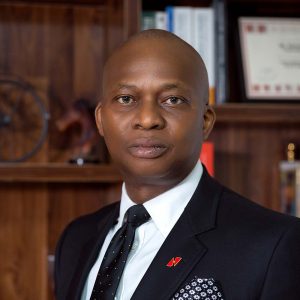 Similarly, the profit before tax was on song for the bank during the period under review as it surged to N33.24 billion from N27.96 billion in the corresponding quarter of 2019. The tremendous increase in PAT and PBT was due to positive surprises in funding income, impairment for credit losses and income tax.

Furthermore, the bank’s pre-provision profits expanded year-on-year by 17 on the back of funding income growth of 37 per cent on an annualised basis. Similar to other banks, UBA’s funding income growth benefitted from the moderation in interest expense, largely because of the low yield environment, and the regulatory induced reduction on interest expense on customer deposits.

Cursory analysis from the result shows that the year-on-year expansion in pre-provision profits overshadowed a 16 per cent year on year rise in operating expenses and was the major driver behind PBT growth of 19 per cent year on year. Meanwhile, on year-to-date UBA shares have gained 16.1 per cent, though, underperforming the NSE ASI by -12.6 per cent.

However, an examination of the 9-months aspects of the bank’s performance shows that, although positive, the rate of growth was slowed hence, down 5.51 per cent in 9 months to N77.13 billion year-on-year as at the close of September 2020. Against the corresponding period in 2019, there was a fall in its total profit from N81.63 billion that it announced in the corresponding period of 2019. This marginal decline was due to slow down in operating activities for the period under review due to the onerous impact of the coronavirus pandemic which dealt a blow on global economies and a halt to business activities.

In the interim consolidated financial statements for the period ended 30 September 2020, it also disclosed that it recorded an 8 per cent fall in its profit before tax to N90.37 billion from N98.23 billion recorded during the nine months of 2019. Meanwhile, the there was a surge in the banks’ net trading and foreign exchange income by 28 per cent to 45.72 billion as of the end of September 2020 from N35.72 billion a year ago.