United Bank for Africa (UBA) has restated its commitment to continued investment in cutting edge technology for efficient and improved service delivery to its customers and by extension the business community. 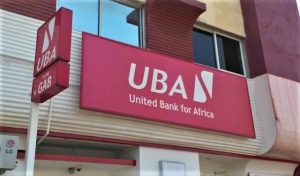 Victor Osadolor, chief executive officer, UBA Africa, made the disclosure during the flag-off ceremony of the 2019 Lagos International Trade Fair (LITF), in which UBA is the headline sponsor.

Osadolor used the occasion, held at the Tafawa Balewa Square, to launch what he described as another first of its kind in Nigeria’s financial sector, from UBA, called self-printing debit card machine, targeted at encouraging increased use of debit cards which also offers more options to pay.

According to him, the new self-printing debit card machine will allow for seamless business transactions with great value to customers and businesses.

He stated that that there is no gainsaying that the world is tilting into a knowledge-based economy, adding that businesses that would survive in the 21st century must invest in technology to remain competitive.

Osadolor also commended the federal government’s efforts at improving the nation’s investment climate, saying this is the reason the country is currently ranked fifteen places upwards in the global ease of doing business index.

He added that the bank would continue to support initiatives aimed at boosting trade in the country.

On delivery of its brand promise, he said, “We are creating superior value for all our customers because we believe they are key to our everyday operations.”

UBA’s small and medium scale enterprise banking unit has been actively supporting small businesses with industry-specific loans that ensure maximum impact, according to him.

According to Osadolor, UBA also keys into government intervention funds to expand access to credit facilities at competitive interest rates, while providing services such as advisory and technological infrastructure that help to reduce the cost of doing business.

“Most of our customers have enjoyed free advisory services that have helped them navigate the very difficult business terrain. We also have businesses, latching on to our technological assets to improve their services as well as foster growth”

Osadolor restated UBA’s commitment to continue investing heavily in technology to remain a pillar to millions of businesses that have not only chosen to bank with UBA but have also partnered the bank for growth.

“We are consistently supporting our SMES. We have a huge amount of funds allocated to SMEs. UBA is committed to supporting entrepreneurship. We are the major promoter of the Fair. The new self-printing debit card machine will go a long way in allowing for seamless business transactions with attendant value to businesses.

“At UBA, we are committed to being role models for African businesses by creating superior value for all the stakeholders. Therefore we have over the years recorded increased growth”.