Approximately 25,500 jobs have been lost in the top ten largest startup layoffs between March 2020 and January 2021 with Cab hailing firm, Uber from the transport sector taking the lead with 7,525 layoffs, accounting for 29.5 per cent of all the highlighted job losses, according to data presented by BuyShares. 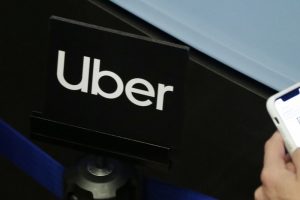 The job losses could be attributed to the continuous struggling global economy arising from the damages caused by the coronavirus pandemic which has caused most startups to review and readjust their business model, thereby resolving to roll out massive layoffs.

BuyShares data also shows that from the covered startups, while Stone, from the financial industry, had the least layoffs in the tenth spot at 1,300, companies in the travel sector accounted for the highest cumulative layoffs at 7,775 or 30.49%, travel and transportation industries were mostly affected, mainly as a result of wide-scale global lockdowns and self-quarantining brought about by the pandemic. Similarly, while some startups resorted to lay off workers as a way to sustain the business model, some selected startups birthed a new trend; for workers to be laid off temporarily and report back to work once things return to normal.

According to the data by BuyShares, the level was unconnected to the number of layoffs, as a startup like Uber, a publicly-traded company, operating in the most impacted sector, is miles ahead compared to the rest of the group, but had the highest single dismissals.

As a way to keep their long term projections on course, some of the covered startups, which boasted unique business models but had their funding sources dried up during the health crisis, radically reduced the number of staff.

Similarly, as a strategy to brazen up for tough times ahead, some startups, had in march – when the coronavirus pandemic first hit – adapted to new operating models like shifting to low-cost areas and enabling remote working while some resolved to hire part-time employees. But continuous widespread of the pandemic presented an uncertainty around the industry causing venture capitalists funding to drop significantly and layoffs were projected to be a direct impact of the funding crunch.

While firms that had reserved finance prior to the pandemic were poised to better weather the crisis than companies planning to raise next round this spring or summer, however, despite this, startups that raised money just before the pandemic placed their bet on economic recovery through containment of the pandemic or rolling out vaccines.