Nath Ude, the chief executive officer of NOVA Merchant Bank, has been invested as a fellow of the Chartered Institute of Bankers of Nigeria (CIBN) following his election into the prestigious body of fellows of the institute. 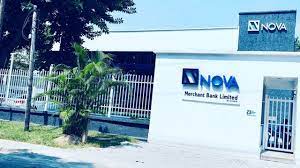 The bestowment, according to CIBN, was in recognition of his commitment to professional responsibilities and invaluable contributions to the banking sector, as well as the Nigerian economy.
Bayo Olugbemi, president and chairman of council, CIBN, while congratulating Ude and other awardees at the event, emphasised that they were elevated to the pinnacle of their respective careers “through dint of hard work and God’s blessings.

“The honour bestowed upon you today is a testament of your outstanding qualities, dedication, determination, unwavering commitment and exemplary character, which stood you out of the pack,” he added.
Olugbemi further encouraged the awardees to remain steadfast and committed to the tenets of honesty, trust and integrity, which he described as the hallmarks of the banking profession.
The 2021 CIBN investiture ceremony had in attendance Shamsudeen Usman, erstwhile minister of finance, as well as national planning, who was the special guest of honour, Seye Awojobi, chief executive officer, CIBN, bank CEOs, among other dignitaries.
Ngozi Okonjo-Iweala, the director general, World Trade Organization (WTO), was also conferred the award of honorary fellow at the event.
Businessamlive Website Stats