The United Kingdom Commercial Court on Thursday granted an application by Nigeria pleading to vary the condition of the stay of execution of the enforcement order it had earlier granted Process and Industrial Development Limited (P&ID). 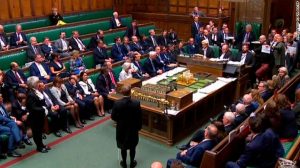 P&ID had secured a judgement debt of $9.6 billion awarded by a UK court based on what the Nigerian government claims was a fraudulent Gas Supply and Processing Agreement purportedly signed by the Ministry of Petroleum Resources, during the tenure of now deceased  Rilwanu Lukman, and P&ID.

Nigeria has since been at the UK Court of Appeal in London fighting to overturn the judgement and Thursday’s acceptance by the Commercial Court presided over by Justice Butcher to vary the conditions inches the country closer to achieving its aim, legal experts say.

Justice Butcher acceptance of Nigeria’s application is seen to be positive because the same court had  earlier given the order containing the condition of the stay of execution of the enforcement order it had earlier granted P&ID.

Since the matter became a source of national embarrassment, several investigations by anti-crime and fraud agencies have revealed incidences of very serious fraud, bringing into question both the legitimacy of the Gas Supply and Processing Agreement (GSPA) and the subsequent award itself.

According to a background statement sent to business a.m. the UK court November 22, 2019 rejected the application of the Nigerian government for extension of time to comply with the deposit of $200 million condition but indicated its readiness to accept a “satisfactory bank guarantee” as proposed by Nigeria towards the end of the hearing of the same day.

The statement noted that the court on November 25, 2019, while hearing the application for variation granted an extension of the stay till November 26, 2019, and subsequently to Thursday, November 28, 2019, when it finally varied the condition for stay, pending the hearing of the appeal filed before the UK Court of Appeal by Nigeria against the enforcement of the award based on a fraudulent Gas Supply and Processing Agreement purportedly signed by the Ministry of Petroleum Resources, during the tenure of now deceased  Rilwanu Lukman, and P&ID.

The Nigerian government has maintained its decision to challenge the legality and validity of the GSPA both locally and in the UK where it is still contending that Nigeria is the seat of Arbitration.

It had also insisted that no payment to P&ID could be made, as they are under active investigation for fraud and corruption.

However, the court maintained that its deadlines must be complied with, upon which Nigeria proposed a bank guarantee as a variation to the previous order, which was approved by the court.

Thursday’s security by the Commercial Court, appears to move Nigeria closer to overturning what it considers as the injustice of the $9.6 billion judgement debt earlier awarded in favour of P&ID.