No fewer than 800,000 children will suffer acute malnutrition in the northeast of Nigeria with about 300,000 of the total projection in danger of death in 2021, the United Nations Children’s Fund (UNICEF) has predicted. 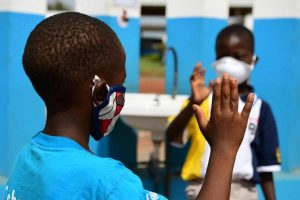 According to the latest projection from the international aid agency, about 10.4 million children in six African countries, including Nigeria, Democratic Republic of Congo (DRC), Burkina Faso, Mali, Niger, South Sudan, as well as Yemen, Western Asia, will suffer from acute malnutrition this new year.

UNICEF expressed concern for the health and well-being of the over 10 million children projected to suffer, noting that the impact of the Coronavirus pandemic, insecurity and limited access to health services are among the contributory factors to the worrisome situation.

The United Nations’ agency further stated that the number of malnourished children could increase by 21 per cent to a staggering 2.9 million amid conflict, displacement and climate change in Niger, Burkina Faso and Mali, three West-African countries.

UNICEF further disclosed that in the Democratic Republic of Congo, an estimated 3.3 million children are projected to suffer from malnutrition in 2021 as a result of the impact of the pandemic, insecurity and limited access to healthcare.

On the other hand, over 1.4 million children are projected to face acute malnutrition in South Sudan due to the same factors, including poor hygiene. UNICEF also observed that the South Sudan projection is the highest since 2013.

Henrietta Fore, UNICEF executive director, in his remarks, noted that the covid-19 pandemic has turned a nutrition crisis into an imminent catastrophe, especially for countries reeling from the consequences of conflicts, disasters and climate change.

“Families already struggling to feed their children and themselves are now on the brink of famine. We can’t let them be the forgotten victims of 2020,” he said.

Fore, thereafter, enjoined local and international support for the affected children in the listed countries.