Unilever Nigeria Plc, a leading personal care and consumer goods company in Nigeria, saw a 1.3 per cent year on year increase in revenue from N60.8 billion to N61.6 billion in its fiscal year 2020. 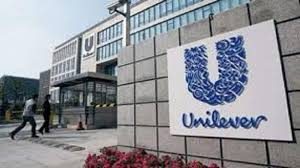 The increase was driven by 8.8 per cent year-on-year growth in its food products, which was slightly offset by a 6.9 per cent revenue drop in the home and personal care segments.

The company, in its unaudited interim financial statements for the year ended December 2020 filed with the Nigerian Stock Exchange on Tuesday, disclosed that during the period under review it recorded a gross profit of N13.8 billion as against N6.7 billion in FY2019, while the operating loss for the period stood at N3.05 billion from N10.35 billion in 2019.

A breakdown of the financial results shows that the revenue increase corresponded with a year on year drop in the cost of sales by 11.6 per cent, resulting in a spectacular 11.4 percent points increase in gross margin to 22.4 per cent in the year 2020. The company further reported that it managed to control costs better in FY20 as the marketing and distribution expenses declined 1.7 per cent to N12.9 billion, whereas the selling and distribution expenses slumped 10.5 per cent year on year to N2.8 billion.

A further lookat the quarterly performance,shows Unilever recorded a solid 84.4 per cent year on year growth in revenues in the last quarter of 2020 to N16.8 billion. On a quarter on quarter basis, the 3.2 per cent revenue decline was overshadowed by a 5.3 per cent decrease in the cost of sales to N12.9 billion, resulting in a 1.7 percentage points increase in gross margin to 23.1 per cent in the fourth quarter of last year. Also, the robust top-line performance permeated down to the operational level and the company reported a profit in the quarter, after two consecutive quarters of losses.

Unilever Nigeria recorded a quarter on quarter decline in its marketing and administrative expenses by 14.0 per cent to N3.4 billion, while the selling and distribution expenses were down 9.4 per cent to N745 million in 4Q 2020. The company further reported a net profit of N468 million in 4Q 2020 against a net loss of N1.5 billion in the Q3 of 2019. The EBITDA and net margin was 8.9 per cent and 2.8 per cent respectively in 4Q 2020 as against the negative margins of 3.3 per cent and 8.9 per cent in the prior quarter respectively.