Union Bank of Nigeria, one of Nigeria’s oldest banks, has dropped hints of its plans to divest its entire shareholding in Union Bank UK, its United Kingdom subsidiary. This comes as the bank continues with its assets transfer process following its acquisition by Titan Trust Bank in December 2021, which many foresee will turn the old horse into a subsidiary of the new generation bank. 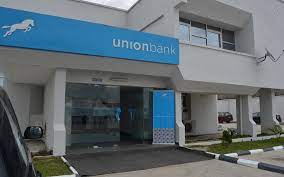 In a notice filed to the exchange on Tuesday following the announcement of its extraordinary general meeting, Union Bank of Nigeria said it will seek the votes of its shareholders at the forthcoming extraordinary general meeting, which has been scheduled to hold on 29 of March 2022, during which it will present for consideration special resolutions for the approval of the proposed divestment of its entire shareholding (direct and indirect) interest in its subsidiary, Union Bank UK Plc, to the shareholders, as well as for the sale and appointment of investment advisers to the transaction.

A journey to this development began in 2021, although the bank had prior to this time been grappling with its growth and expansion strategy, which led to Union Global Partners Limited, Atlas Mara Limited and other majority shareholders indicating interests to divest their stake in what was seen as a struggling bank.
This culminated in the acquisition of this majority interest by Titan Trust Bank, which now plans to consolidate Union Bank as its subsidiary.

The bank noted in its regulatory disclosure that, “The approval to divest in the UK subsidiary will be on a pro-rata basis to existing shareholding interests in the company for the divestment and subject to obtaining any required contractual consents and/or regulatory approvals.
“The management seeks approval that the shares to be held in a UK subsidiary by shareholders who each hold less than 0.2546 percent of its issued share capital be placed under a trust,” it said.
The bank further indicated that the trust will be established with Stanbic IBTC Trustees Limited, who would act as trustee of the beneficial interests of the relevant Union Bank shareholders.
Businessamlive Website Stats