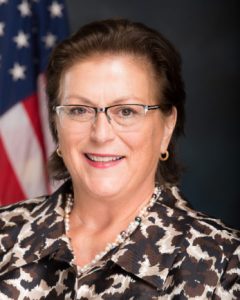 Pierangelo, represented by the commission’s commercial attaché, Christine Kelley, at the 2019 Lagos Chamber of Commerce and Industry (LCCI) International Investment Conference, said Nigerians should hold regulators accountable, stressing that many multinationals, U.S. companies and foreign investors are discouraged to invest in the local market because of certain changes in regulatory policies.

“Take a look at the list of the 43 restricted items; it does a lot of incredible damage to Nigeria’s reputation as a place to do business, and whenever you see such damages happening to companies who have invested in Nigeria, speak out to your lawmakers, because this scares investors away,” she said.

Meanwhile, she said the U.S. is still one of Nigeria’s largest trading partners, adding that in 2018, trade between both countries stood at $8.3 billion, but declined in August 2019, to $5.21 billion.She advised that for Nigeria to have a robust dairy industry, taxes and foreign exchange to import dairy products must be addressed, saying that the resulting effects hurt businesses that have already invested in the country, while also increasing the cost of dairy products for people and most particularly the poor.

She said: “The government instead must take logical steps to grow the industry, and create a roadmap with practical time-based steps to build the industry in a sustainable way, which would attract foreign investors both local and foreign. This is not just for the dairy sector, but for all areas Nigeria wants to see growth.”

She noted that industries do not spring up overnight, urging the federal government to keep creating the enabling environment for investments to thrive in its quest to achieve sustainable economic development.She said nations which enjoy FDI inflows provide transparency in business deals, security, infrastructure and intellectual property protection.

Earlier, Babatunde Ruwase, the president, LCCI, described the generic theme for the conference, “Promoting investment, connecting businesses” as most appropriate, as the Nigerian economy is in dire need of private investments to move the economy forward.He noted that investments help to create jobs, diversify the economy, grow government revenue, and improve the welfare of the people.

According to him, Nigeria’s recovery from recession in the second quarter of 2017, has elicited calls for policies to support sustainable growth and development.He added that steps have been taken and policies put in place to ensure revamping of the Nigerian economy through the promotion of industrialisation and non-oil export for sustainable economic recovery.

“However, if the recovery is to be sustained, there must be added drive for domestic and foreign direct investments, promotion of non-oil exports, and continued efforts at improving the ease of doing business in Nigeria,” he said.He noted that it is therefore necessary and critical that the government provides an enabling environment that will encourage investors to invest in the Nigerian economy by addressing the security challenges in the country, and ensuring improved regulatory framework.