UPDC Real Estate Investment Trust (UPDC REIT) has posted a better performance to end the 2018 financial year with its profit after tax (PAT) appreciating approximately by 20 per cent to peak N2.65 billion from N2.21 billion recorded in 2017. 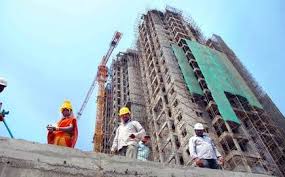 The company just filed in its audited full year financial report at the Nigeria Stock Exchange, a document made available to shareholders on the platform on Wednesday.

According to the company, the VAT recorded for the year was equivalent to the increase in its net assets attributable to unit holders as its total assets appreciated from N31.448 billion as at December 2017 to N33.407 billion at the same period of year 2018.

UPDC attributed this to the acquisition of additional real estate assets that met the REIT’s requirements.

“The performance of the REIT was affected negatively by the challenging macroeconomic environment. In addition, the projections during the initial public offer of the REIT had assumed that the properties purchased by the REIT between 2014 and 2015 would be sold in 2017, and would generate some income.

“The expected income on the assumed sale was not achieved as the REIT was unable to acquire additional properties between 2014 and 2015, partly due to the macroeconomic environment and because the fund manager could not identify qualifying assets which meets the REIT’s benchmark returns,” the report read.

Accordingly, this implies that the REIT could not earn the capital appreciation on sale of property in 2017 and rental income on VMP1, as assumed in the projections.

It continues, “In this regard, the Fund Manager and Property Manager reviewed the projections for 2018, in line with achievable income and same was approved for adoption by the Investment Committee.