Economic activities in Rivers State are set to be on the upswing as Shell operated oil production facility, OML 25 would be reopened two years after it was forcefully shut down by irate community folks in Opu-Kula and Ibiame in Akuku-Toru local government area of the state. 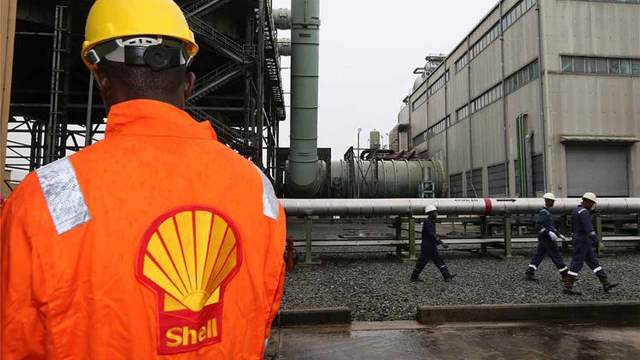 Governor Nyesom Wike directed disputing parties to the oil facility to resolve their issues and re-open the facility in seven days.
The governor called a meeting with the management of SPDC, Belema Oil Limited, host community leaders and security service commanders at the Government House Port Harcourt on Saturday.
Osagie Okunbor, managing director of Shell Petroleum Development Company (SPDC), said that the oil company operates the OML 25, with the operating license renewed in October 2018 by the Federal Government for another 20 years.
“We operated in a cordial environment until 10th August, 2017 when some community people entered the facility. The information that was given to us was that they were unhappy over issues of social amenities and employment. We listened and we were keen to address these issues. But at some point, another element entered the equation, which was that we should relinquish and hand over to Belema Oil, that is from the community,” Okubor said.
He said Shell has since paid all necessary fees for the renewed OML 25 in October 2018.
“We have made all the payments, and it is our facility. We are keen to return to the facility and operate for the benefit of all. I have made myself available to talk to many of the stakeholders from the communities to try and understand what the issues are, and how we will go about resolving them,” he said.
An intricate web was woven around OML 25 with the local chiefs and community leaders of the host communities issuing orders that Shell should hand over the oil facility to Belema Oil, an indigenous entrant into the hydrocarbon business. The company’s owner hails from the area.
The impression created was that Belema Oil allegedly instigated the community folks into arm-twisting Shell to vacate the facility and hand it over to the former.
Acting managing director of Belema Oil, Mufa Welch said the people preferred Belema Oil because of the way it operates OML 55 which it inherited from Chevron.
“With the way we operate, the communities are bent towards us. The communities love the way we operate and the way we do things. That OML has been closed for almost two years. We have nothing in the shutdown of the OML 25. But the communities are bent towards us, the way we do things,” he said.
Shell MD said he welcomed the intervention of the Rivers State Governor; noting that SPDC was “prepared to address the social amenities, empowerment and other issues raised by the host communities.”
There was drama at the dialogue when Rowland Sekibo, the chairman of Akuku-Toru Local Government Area said Belema Oil management created the impression that they bought the OML 25 from Shell Petroleum Development Company, but the company (Shell) refused to transfer the operational right.
He said that at a meeting with the stakeholders at the NNPC Abuja, it was discovered that the license of OML 25 was still under the ownership of Shell.
“Though the owner of Belema Oil is from our area, it was illegal to shut down the oil production facility in order to arm twist the system to sell it to Belema Oil. Such action would negatively affect other Rivers businessmen with oil operating licenses in other states,” the LGA chairman said.
Also speaking, Hope Osusingi, the Amanyanabo of Opu-Kula said that the people of the area were initially misled into shutting down OML 25. He said that after some stakeholders discovered that in reality the operating license of SPDC had been renewed, they resolved to tow the path of economic development.
Welch denied the involvement of Belema Oil in the closure of OML 25, but stated that the host communities prefer Belema Oil to take over.
He admitted that SPDC are the licenced operators of OML 25, with Belema Oil as stakeholders with over seven percent share.
Another meeting is being planned by the Secretary to the Rivers State Government, Tammy Danagogo with all key stakeholders in the presence of security service commanders, for the host communities to outline their grievances to Shell; and for the company to address such development concerns.