The United States government has announced that it will slam a 100 percent fine on imports of French goods into the country worth $2.4 billion, in retaliation of the newly passed France’s new digital tax services law in which most US tech companies could be affected. 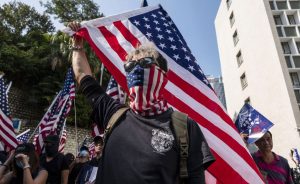 Goods that the US are after are champagne, handbags, cheese and other products while the French government will go after companies like Alphabet Inc. (Google), Facebook, Apple, and Amazon on its digital tax services.

According to Robert Lighthizer,  US trade representative, the French government has been consistently practising some unlawful international tax policies which over the years affected US companies in France.

Lighthizer said, “Section 301” investigation found that the French tax was “inconsistent with prevailing principles of international tax policy, and is unusually burdensome for affected U.S. companies.”

Also, the U.S. government has some countries in its radar to commence similar digital tax investigation on; Austria, Italy and Turkey are to be the next target by the U.S.

However, France will be the next country the U.S. will go into a trade war with if things are not timely addressed. The world largest economy is still in a tumultuous trade battle with China, the dispute which has dragged for over a year is yet to be resolved as both countries are still trying to find a common ground to sign the long-awaited “phase one” trade deal.

Lighthizer reiterates that the US is keen on going against some of European Union member states’ digital services tax policy which is not in favour of its companies operating in the EU.

“The USTR is focused on countering the growing protectionism of EU member states, which unfairly targets US companies, whether through digital services taxes or other efforts that target leading US digital services companies,” said Lighthizer.

The proposed tax imposition by the French government has led to a public outcry in the U.S tech space and its lawmakers.

According to top Republican and Democrat senators, Charles Grassley and Ron Wyden said in a joint statement that, “The French digital services tax is unreasonable, protectionist and discriminatory.”

Moreover, it will be devastating for cosmetics giant L’Oreal and French luxury goods maker, LVMH most of whose sales revenues are coming from the US

This move by the US may slightly affect sales of some sparkling wines and champagne makers who have their footings in the US and  therefore, it will shrink the $863 billion 2024 projection of the global cosmetic products, as well as the fashion market as the yuletide approaches.