U.S. stocks rose broadly on Wednesday after fresh economic data strengthened the Federal Reserve’s patient stance on future rate hikes and as Boeing rose for the first time since Sunday’s deadly crash of a 737 MAX 8 jet in Ethiopia. 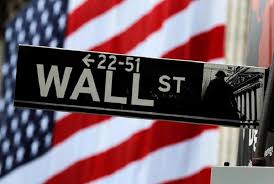 Producer prices barely rose in February, resulting in the smallest annual increase in more than 1-1/2 years, in the latest sign of benign inflation.
“Producer price index is the second key metric for inflation this week which further solidifies the notion that the Fed will not be moving to tighten in any capacity for the foreseeable future,” said Mike Loewengart, vice-president of investment strategy at E*Trade Financial in New York.
The PPI data comes on the heels of tame consumer price index numbers on Tuesday.
Boeing Co rose 0.5 percent, snapping a seven-day losing streak. Shares of the world’s largest planemaker took their biggest beating this week following the plane crash, which has prompted a number of countries to ground the company’s best-selling 737 MAX jets.
Reuters reports that the company’s shares were among the biggest boosts to the Dow Jones Industrial Average, which has risen only once in the past seven days, underscoring Boeing’s heft in the index.
Technology shares rose 0.9 percent and provided the biggest boost to the markets. The sector was propped up by Microsoft Corp, Nvidia Corp and Apple Inc.
Adding to the upbeat mood was optimism that British lawmakers were set to stave off the threat of a no-deal exit from the European Union.
The parliament is due to vote later in the day on whether the country should leave the EU on March 29 without a deal, a scenario that business leaders warn would bring chaos to global financial markets.
At 10:54 a.m. EDT the Dow Jones Industrial Average was up 136.14 points, or 0.53 percent, at 25,690.80, the S&P 500 was up 19.44 points, or 0.70 percent, at 2,810.96 and the Nasdaq Composite was up 55.03 points, or 0.72 percent, at 7,646.06.
The energy sector rose 0.70 percent, the most among the 11 major S&P indexes trading higher, on rising crude prices.
Oil majors Exxon Mobil Corp rose 0.5 percent, while Chevron Corp inched 0.4 percent higher.
CVS Health Corp rose 3.89 percent, the most among S&P companies, after Bernstein started coverage of the pharmacy benefit manager with an “outperform” rating.
Advancing issues outnumbered decliners by a 3.28-to-1 ratio on the NYSE and by a 2.20-to-1 ratio on the Nasdaq.
The S&P index recorded 53 new 52-week highs and no new low, while the Nasdaq recorded 50 new highs and 19 new lows.