The S&P 500 and the Nasdaq fell to their two-month lows on Wednesday after China signaled readiness to escalate the trade war with the United States, triggering fears of a long, drawn-out dispute that could weigh on global growth. 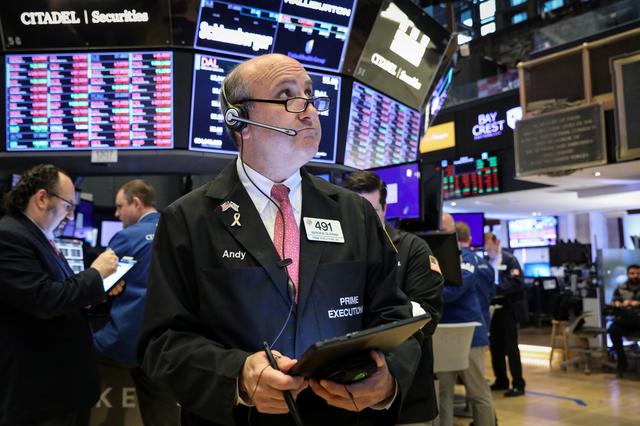 Beijing is ready to use rare earths, a group of 17 chemical elements used in everything from high-tech consumer electronics to military equipment, to strike back at the United States, Chinese newspapers warned.
Adding to worries, China’s Huawei Technologies Co Ltd filed a lawsuit against the U.S. government in its latest bid to fight sanctions from Washington.
“Earlier in the year we thought the U.S.-China agreement was close to being done, and now it looks more far away than ever and that is making investors worried,” said Kim Forrest, chief investment officer at Bokeh Capital Partners in Pittsburgh.
“Fears of a recession are being compounded by two things, one is the reality of what the trade war could bring, another is whenever the markets hit a new high it is a self-fulfilling prophesy to say we can’t go any higher.”
The benchmark S&P 500 index is now about 6% away from its all-time high of 2,954.13 hit on May 1.
Trade worries and slowdown fears have pressured investors to dump shares globally and seek safety in German and U.S. government debt.
Benchmark U.S. Treasury yields fell to their 20-month lows and the yield curve between three-month bills and 10-year notes also inverted, which is widely seen as a precursor to a recession.
Interest-rate sensitive banking stocks dropped 0.77%, while the broader financial sector declined 0.66%.
Technology stocks were the hardest hit, falling 0.70% on losses in shares of iPhone maker Apple Inc, Microsoft Corp and chipmakers. The Philadelphia chip index was down 0.58%.
At 9:47 a.m. ET the Dow Jones Industrial Average was down 188.99 points, or 0.75%, at 25,158.78. The S&P 500 was down 19.07 points, or 0.68%, at 2,783.32 and the Nasdaq Composite was down 57.80 points, or 0.76%, at 7,549.55.
All the major S&P sectors were in the red, with the energy sector posting the steepest loss of 1.14%, weighed down by weak crude prices.
Among other stocks, Capri Holdings Ltd plunged 10%, the most among S&P companies, after the Michael Kors owner issued a disappointing first-quarter profit forecast as it spends more on marketing.
General Mills dropped 5.2% after Goldman Sachs downgraded the stock to “sell”.
Declining issues outnumbered advancers for a 4.30-to-1 ratio on the NYSE and for a 4.16-to-1 ratio on the Nasdaq.
The S&P index recorded no new 52-week high and 34 new lows, while the Nasdaq recorded seven new highs and 129 new lows.