Ahmed Idris, the accountant general of the federation,  on Monday in Kano allayed the fear that servicing the country’s debt at the rate of 70 percent of the total national income will not destabilized the economy. 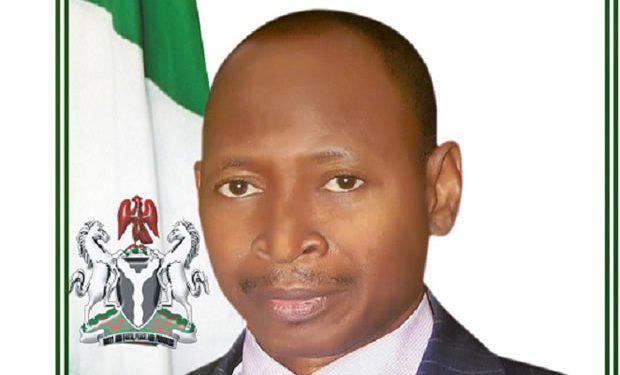 Ahmed who spoke when he paid a traditional homage on the Emir of Kano, Muhammadu Sanusi II, at his Palace insisted that the debt servicing currently being settled will not cause the nation any problem,since the Federal government has initiated some strategies to cushion the effect of the debt profile.
According to him, “We are doing our best to meet our obligations even though debt services are obligations and we meet them as at when due.We do not have any problem in settling our debts.
“ It is always a burden paying debt and anyone paying debt would knows that he is just meeting a burden which has to be made in line with the agreements, some local and international debts, but we just have to abide by all our agreements and obligations”.
Reacting on the 30 percent revenue generation to meet the nation’s expenditure, Ahmed explained that “There are number of ways the federal government is deploying to boost its revenue generation drive”.
He said critical among the measures roll out by the government include“ the strategic revenue growth initiative under which all the revenue generating ministries, parastatals are given portfolios to meet revenue targets.
He noted that “All these agencies are given the responsibilities to generate and they are working assiduously to meet up their revenue portfolios.
“
“So all these efforts are part of the strategic measures, among other efforts, the federal government is being put in place as strategic plan to boost the revenue generation of the nation”.
According to him, “ evidently we are beginning to reap the benefit,but more importantly, the meager amount for spending is being spent efficiently and diligently .
“ We have stop a number of leakages, and we would continue to do that because that is what is required to have an efficient  public expenditure, with prudent accountability,in order to achieve the required  efficiency”.
Earlier, the emir of Kano, Muhammadu Sanusi II, has expressed worry that the 70 percent revenue generation used in servicing of the nation’s debt calls for concern.
The emir who tasked the accountant general to be prudent enough in the management of the country’s treasury as those entrusted with public
funds must have the fear of God at heart.
“It is very important and honorary responsibility to manage the nations treasury especially at this time, where the physical position of government on the balance sheet has been stretched because of debt service.
“And before that is sorted the amount spent on the debt services need to be guided diligently so than we can improved our economic and
finances”.
The monarch congratulated Ahmed for his reappointment as accountant general of the Federation for the second time by President Muhammadu Buhari who saw him a honest and transparent man.
FacebookTwitterPinterestLinkedInWhatsAppEmail
Tags: Nigeria NewsNigerian Newspaper