SINGER DAVID BABBO is the new executive chef at Full Moon Hotel, and could well pass for the ‘newest chef in town’ in Owerri. In this interview with Business A.M.’s Dikachi Elemba, Babbo takes him through the responsibilities of a hotel’s executive chef, the different types of chefs and kitchens. And he explains that when it comes to foods, Full Moon Hotel cooks to specifications, quality and standards, which makes the hotel customer-friendly as food is a major anchor point for hotels. Except:

Could you take us through your journey into the hotel and hospitality industry down to your current position in Full Moon Hotel, Owerri?

As far back as 1990 as I came out of catering school I entered into the profession where I served out my industrial training at the then Airport Hotel, now the Port Harcourt International Hotel. I joined as an intern when I came out of Dof Catering Institute. I stayed there for three months, and was not allowed to leave the hotel. I was rather offered work by the hotel management. From 1990 till date, I have been working in the industry; and not outside the kitchen, but under the food and beverage department, that’s my direct place of employment. 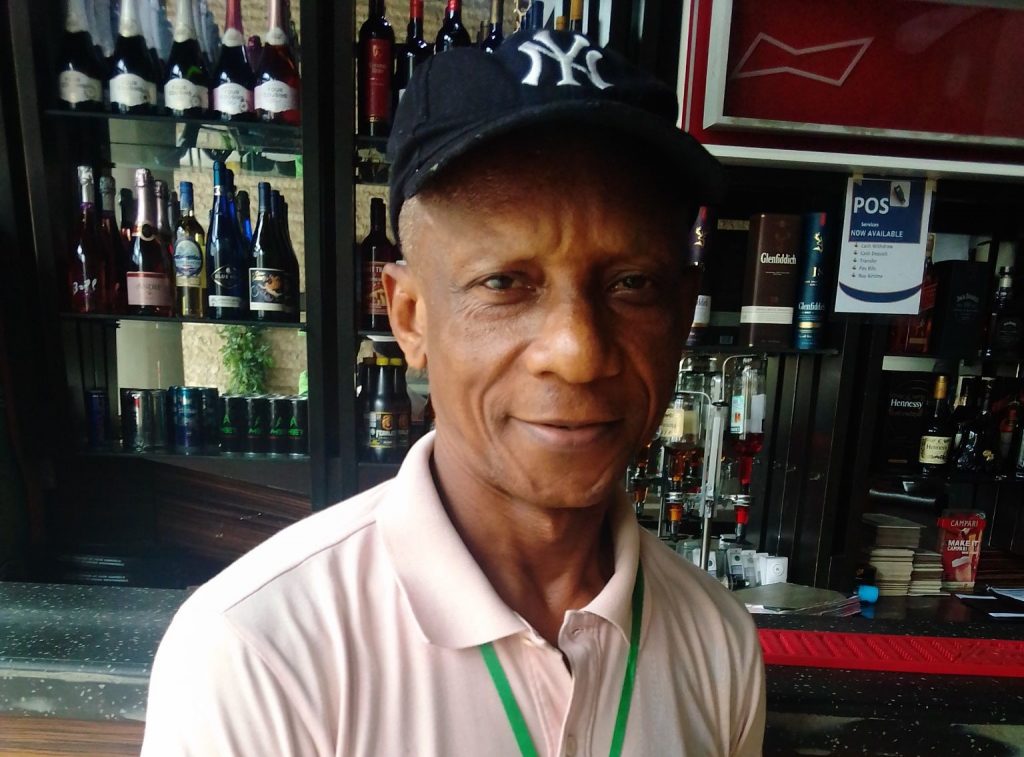 What are the responsibilities of a chef in the hotel and hospitality industry?

Give us an insight into the responsibilities of a chef in an establishment of this standard?

When you talk of an executive chef, he must be versatile in this industry, especially in anything concerning food, or the kitchen. Wherever the stove burns, as an executive chef, you must have an eye on it, your responsibilities are there. Here in Full Moon, I take care of menus, plan many elaborate menus for the hotel, make sure that foods that are coming out of the hotel are properly cooked, tasty and more hygienic and moreover, foods that meet the standard of the hotel. I make sure items that are brought in for foods are in order even at the pastry unit because the kitchen is divided into seven units.

May we know the units?

My responsibilities are to make sure that foods that are going out go where they are supposed to go, meet the customers’ satisfaction so that they shouldn’t complain. We make sure that we cook delicious foods according to specifications, quality and standards.

Now, would you say your responsibilities have been carried out judiciously?

By the grace of God. We came in March this year and from the day we resumed our office work here, we have been gradually handling our duties well. Because the areas were grey that we were employed to come and manage, we are getting them off and bringing innovations and meeting up with the demands of our guests and customers.

Which means that there are some challenges ?

Really, even in your own personal life you must face challenges, talk of an industry of this standard. The grey areas you must surmount them, you do not allow the challenges to override you, otherwise you become a failure, no! You must use your own initiative when the challenges come, you must be proactive and bring them to the barest minimum, because it is difficult to erase them completely or saying that challenges will not come again. They must come, either from the guests, or from the staff or from yourself.

Can you tell us one of such challenges you have faced as an executive chef from the staff?

The very first one I was complaining about as I came in, was much more on staff lackadaisical attitude to work. Most of them I met did not have much interest in the job. I believe it was because of the past experiences with the people they had worked with. As we came in they saw that our sole interest is in the job and they started buying in our own ideas and our own actions. But they are picking up, and having much more interest in the job and they are all doing well too.

On the part of the guests and customers, are there challenges?

Yes, the challenge we faced at that time was about food taste, some and not all were complaining about the salty nature of foods, they complained about food being delayed or not coming out on time, you know that some people used to be in a hurry. But with the feedback we are getting now such complaints are no more, there are improvements, the complaints have been brought down, we are getting good and pleasant feedback from our guests.

You now have the new face of Full Moon Hotel, Owerri, are there comments you would want to share with the public?

I am telling the public and our former clients, especially those who might have temporarily stepped aside, maybe due to one reason or the other, that Full Moon has grown above those complaints. We have listening ears. It is better that we get complaints from customers so that we can continue to maintain the standards by which Full Moon Hotel is known. Full Moon is customer friendly.

Is there any plan or innovation to make the kitchen a department of its own?

The kitchen as I am seeing it is a department of its own.
In the industry, right from the time I was in the catering school, they captioned all of them, “Food and Beverage” department. Under the food and beverage department, you have sections and not units.

In both the Kitchen and F and B, I am the executive chef as far as the kitchen is concerned.