Wheat futures in Chicago edged lower on Thursday, extending two days of deep losses due to a lack of demand for U.S. cargoes, but bargain-buying underpinned the market. 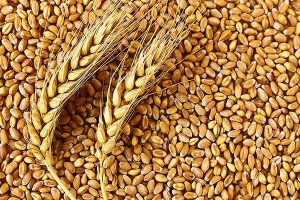 Soybeans gained ground, recouping some of last session’s decline which resulted from the ongoing trade war between U.S. and China.
The most-active wheat contract on the Chicago Board Of Trade (CBOT) fell 0.2 percent to $5.20 a bushel, having lost 4.4 percent in the last two sessions.
Soybeans added 0.1 percent to $8.39 a bushel, after closing down 0.7 percent on Wednesday, and corn was down 0.1 percent at $3.65 a bushel, having closed down 0.8 percent in the previous session.
“Looking at the global supply-demand fundamentals, we are not bearish on wheat,” a Singapore-based trader at an international trading company said in a monitored report.
“But Black Sea exporters are still actively selling wheat in Asia and other regions, so there is less demand for U.S. wheat.”
Russia’s agriculture ministry reiterated on Thursday it had no plans to impose a tax on wheat exports, as speculation remains that the country, one of the world’s largest wheat exporters, might move to limit wheat exports later in the season due to a lower crop.
The corn market is nearly unchanged, supported by excessive moisture in the U.S. Midwest which could hurt yields of the crop expected to hit an all-time high.
The U.S. Department of Agriculture pegged 67 percent of corn in good or excellent condition, slightly below analysts’ average expectation for an unchanged 68 percent.
The soybean market is struggling against the backdrop of a trade war between the United States and top importer China.
U.S. President Donald Trump said on Wednesday the United States was not yet ready to come to an agreement over trade disputes with China, but added talks would continue.
The world’s two largest economies have slapped tariffs on $50 billion of each other’s goods in a tit-for-tat trade war, and Trump is considering imposing tariffs on another $200 billion in Chinese imports.
Grain traders ware also awaiting the results of ongoing U.S.-Canada trade talks.
“With a new record U.S. crop all but certain, good U.S. trade deals may be more important than ever,” U.S. brokerage Allendale said in a note.
Commodity funds were net sellers of CBOT corn, wheat, soybean, soyoil and soymeal futures contracts on Wednesday, according to traders.