The following opinion piece was written by Sudev Sheth, a senior lecturer at the Lauder Institute of Management and International Studies at the University of Pennsylvania. He teaches perspectives on leadership, entrepreneurship, and global history. 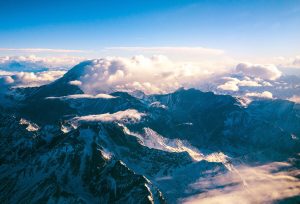 When a plane carrying a team of Uruguayan rugby players and their relatives disappeared over the frosty peaks of the Andes Mountains on October 13, 1972, authorities assumed all passengers onboard had perished. Seventy-two days later, the enfeebled silhouettes of Nando Parrado and Roberto Canessa appeared in the Chilean foothills leading to the rescue of 16 total survivors. This week marks the 50th anniversary of the Andes miracle. It is an extraordinary tale of human resilience and organizational ingenuity that offers unconventional leadership lessons for our own times.

The story first gained worldwide fame through Piers Paul Read’s bestseller Alive (1974) and its dramatization in films such as Stranded (2007) and I Am Alive (2010). More recently, the publication of six new survivor accounts provides firsthand testimonies about how individuals remembered the ordeal, and how they overcame psychological and social barriers to escape certain death.

These autobiographical accounts challenge dystopian views of leadership and group dynamics epitomized in William Golding’s popular novel Lord of the Flies. Taught widely in schools and universities since its publication in 1954, Golding convinces readers that in scenarios when people are left to their own devices, we can expect only brutal anarchy and collective failure. In contrast, testimonies by survivors of the Andes crash point to cooperation and productive leadership, not chaos, to accomplish goals in the face of extreme adversity.

There were 40 passengers and five crewpersons onboard the twin-engine Fairchild F-227 aircraft. Heading from Montevideo to Santiago, the chartered flight was asked to layover at the small town of Mendoza due to poor weather. The next day, weather reports improved, and the group set out once again. Flying south of the Planchon Pass, the pilot lost visibility as he entered a thick cloudbank and crashed into a mountain peak. Several died instantly, but 29 others emerged from the wreck with severe to minor injuries. A look back at how survivors made sense of their strange new world points to six leadership lessons for our own times.

Lesson 1: Existing hierarchies can translate falsely in new circumstances. When the ground rules change, individuals who can pivot according to their surroundings will emerge as new leaders of the group.

In the first hours after the crash, team captain Marcelo Pérez played a critical role in helping to rebuild spirits and foster optimism. He oversaw the distribution of provisions and organized collective work based on individual skill and fitness. However, once Marcelo heard over the radio that search efforts were called off, he quietly abandoned his role as the group’s leader.

In his 2016 memoir, survivor Pedro Algorta noted, “Clearly, Marcelo, the team captain, was our first boss. He knew how to lead the team against a known adversary, against another rugby team, in a scenario that was also understood, namely a delegation of rugby players visiting a foreign country. But when we fell into the Andes, everything changed, since we were no longer facing another team; instead we were facing a totally new, unknown, and unprecedented challenge. We had to confront the mountain, the snow, the hunger, and the cold. We had never been there before, and his authority no longer served its purpose.”

Lesson 2: By providing a purpose for action, task-oriented subgroupings that are allocated according to individual ability and strengths diminish chaos in alien environments.

Shortly after the wreck, survivors assessed their surroundings and resources. Their immediate instinct was to order themselves by distributing tasks according to individual skill, willpower, and fitness. Those not well enough for strenuous activity were tasked with melting snow for water, while the younger boys were put in charge of tidying the plane cabin and laying cushions on the floor for sleep. Others monitored provisions and areas used as lavatories, while those with nimble hands sewed sleeping bags and made walking shoes out of plane cushions.

Eduardo Strauch recalled, “To the rest of the world, we were dead, yet we remained living, increasingly more cohesive and organized in what we called the Society of the Snow where each of us had a role to perform, and we were all responsible for each other. We invented ways to make water and shelter for ourselves, and we managed to turn the remains of the fuselage into a refuge that, although miserable, was our only possession on the mountain and even began to feel a little like a home.”

In the frigid steppes of the Andes, food was the most valuable resource. Cartons of cigarettes, eight bars of chocolate, five bars of nougat, dates and dried plums, crackers, almonds, jam, two cans of mussels, and a little wine and whisky was all they had for nourishment. Their physiological needs were far greater than the calories readily available. The older survivors took it upon themselves to ensure that these provisions were distributed equitably, but soon supplies ran dry.

Through vigorous discussion and debate, the survivors arrived at their most eccentric, audacious, and even inconceivable idea: eating the flesh of those who had died. No longer able to bear the horrid sensation of their bodies consuming themselves just to stay alive, further starvation felt like a death sentence. Yet despite extreme emaciation, moral aversion to cannibalism in the stranded group was high.

Nando Parrado recalled, “Many of the survivors … refused to consider eating human flesh, but no one tried to talk the rest of us out of the idea. In the silence we realized we had reached a consensus…. I found my courage and slipped the flesh into my mouth. It had no taste. I chewed, once or twice, then forced myself to swallow. I felt no guilt or shame. I was doing what I had to do to survive. I understood the magnitude of the taboo we had just broken.”

On the seventeenth day, October 29, the mood was optimistic. Although hungry and cold, the survivors had established a daily routine of food, rest, and planning escape by sending expeditionaries. As the group settled into an afternoon snooze, the calm was suddenly interrupted by an avalanche. Eight comrades were fatally buried in the snow that engulfed the Fairchild. At the mercy of their environment, the group resorted to chanting hymns to lift spirits and bring closeness among those alive. The avalanche marked a rupture in their new society in the Andes. It represented the moment that the group was reborn, often described by mythologists as the realization of truth as part of the hero’s journey.

Survivor Coche Inciarte wrote, “[The] new birth marked the point at which we started to make smarter decisions, and we began to see the emergence of leaders who, by their readiness to serve, and by working harder and better, guided the rest of us.” In the mountains, eating flesh, praying together, and singing songs diminished differences among those stranded.

Lesson 5: Leaders must achieve balance between impartial decision-making and the need for individuals to express their repressed emotions towards the group. Those who can withstand blame for reasons of expediency will help the group achieve social equilibrium.

After the avalanche, the remaining survivors formed a new solidarity as a strategy for survival. Returning to their families back in Uruguay became the new objective, and it allowed each person to draw on strengths they thought they did not possess. In the early days of the crash, if one person did something wrong, everyone reacted. Over time, this changed.

Robert Canessa, who would later co-trek with Parrado to find rescue, noted, “Our group began to transform into a single organism … we would gravitate around the best ideas, just as humans might have done to survive at the beginning of time. Each one of us contributed in his own way, selflessly and without ego, so that our efforts grew exponentially. In a way, we were like a rugby team unable to substitute players; when a man went down, it only forced us to extract that much more strength from each individual.”

Yet, it did not always feel equitable or just, and there were times when individuals questioned collective and individual decisions. In such scenarios, “scapegoats [who] were strong enough to withstand this occasional pressure [helped to] alleviate the group’s tension,” wrote Canessa. “And so we came to this sort of equilibrium, the homeostasis of a desperate group, the seesaw between justice and catharsis.”

Lesson 6: Unlikely individuals can emerge as leaders. True acts of leadership do not involve exercising authority, but rather rallying companions to take charge in their own situational problems.

When the team captain Marcelo died in the avalanche, there was a real sense that new opportunities for leadership were abound. Based on each person’s relative strengths, many stepped up to fill the void of a captain and to ensure that the group did not disintegrate. The starting point of this change, Parrado recalled, was the realization that they could not progress alone and needed a diversity of contributions. “In the absence of a single strong leader, a looser, less formal style of leadership emerged,” he wrote. It was in this context that Parrado unwittingly became one of the leaders of the group, a positive change noted clearly by Carlitos Páez in his account of the ordeal.

Parrado was the first to openly discuss the need to escape and conveyed that he would be among the lot who would try to venture out for help. It was in his open conviction that survivors of the crash began to see him as a leader. Parrado reflects on this newfound responsibility: “Never in my life had I assumed such a role — I was the one who always drifted along, riding the current, letting others show the way. I certainly didn’t feel like a leader now. Couldn’t they see how confused and frightened I was? Did they really want a leader who felt in his heart that all of us were already doomed? For my part, I had no desire to lead anyone.”

The plane crash in the Andes is an extraordinary tale of survival and leadership forged out of catastrophe, one that lends amazing credibility to influential theories of adaptive and team-based leadership such as those of Harvard Business School researchers Nancy Koehn and Amy Edmonson, and the work on adaptive leadership by Harvard Kennedy School professors Ronald Heifetz and Marty Linsky. And while the odds of any of us surviving a plane crash are near zero, testimonies from survivor accounts highlight cooperation and forged leadership, not ungirded anarchy, in situations where humans find themselves in alien environments without clear goals and expectations.

The typical workplace today is certainly not perched atop a frigid mountain, devoid of the resources needed to ensure survival. But business leaders can draw on the lessons learned during those extraordinary circumstances faced by the crash survivors in the Andes. In the office, authority-based leadership from bosses providing directives works well when confronting predictable roadblocks and technical problems with known solutions. However, this formal hierarchy translates poorly when faced with unpredictable scenarios, such as mitigating impacts of pandemics, wars, or even sudden changes in the composition of the workplace team. These moments call for acts of leadership that rest on processing and parsing information in real time, identifying unconventional resources, and motivating others to carry out tasks based on ability. Such opportunities are not limited to those vested with formal authority, such as bosses or captains who may flounder when faced with crisis. As we learned from the survivor accounts, everyone has a role to play in managing crisis — and moving beyond it — with the best interests of the individuals and the organization at the fore.