The Nigerian Insurers Association (NIA) recently took the bold steps and expelled three of its members on the basis of failing to meet up with claims payment to policyholders as expected of the underwriters. 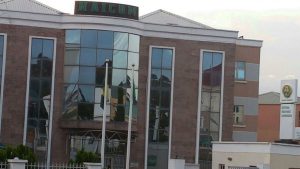 The expulsion, which was triggered by several complaints on default of the insurers’ promises made to policyholders, coming from the NIA, has stirred reactions from industry watchers who feel that this action exposes the industry regulator, the National Insurance Commission (NAICOM), to be, possibly, shielding defaulting insurers. Hence, it has a question, for which many, particularly policy holders, seek answers to: What happens next? Would NAICOM build on the lead provided by the NIA?

The expulsion, which was approved by the governing council of the Nigerian Insurers Association, spelled out that the affected insurers, namely, Industrial and General Insurance Company Limited, Niger Insurance Plc and Standard Alliance Insurance Plc, would cease to benefit from the dealings of the association, including using the association’s logo on their letterhead and other official documents.

Sounding a note of warning to insurers who are tolling the same path as the affected insurers, Ganiyu Musa, NIA chairman, noted that the association would continue to take measures against erring members in order to reinforce the stand of the organisation and insurance industry generally, on the importance of claim payment.

He said: “We have to be very harsh as it were, now. We have an active committee on discipline and conflict resolution. The committee has been strengthened and empowered. We now go beyond the usual refrain or chastisement to taking active steps to discipline erring members. As we speak, we have a few of our members that have been suspended and some are about to be expelled. In a few weeks when the whole process is completed, we will release the names of the erring companies to the public.

“We believe it is very important to send the message to our members that when you carry the NIA badge, it should count for something. There is no amount of marketing that you can do, if the experience of the insuring public is bad, then we cannot make progress in the insurance industry. We believe that after cleansing ourselves of our bad image, we can go back to the public to say all the good things that insurance stands for.”

While industry experts have given kudos to the leadership of NIA under the chairmanship of Ganiyu Musa for its bold steps in identifying and sweeping out the insurance firms that have taken to soiling insurance in Nigeria, it is being interpreted that the action would open a new phase for insurance in Nigeria as it is expected to boosts NAICOM’s effort directed at strengthening the industry.

According to Ekerete Ola Gam-Ikon, a consultant in insurance management and strategy, the action will help to better position the insurance industry in Nigeria as the industry would begin to  enjoy the confidence of the insuring public about insurance as punitive actions against erring companies in Nigeria are necessary for the process of rebuilding trust.

He noted, “As a self-regulating body, NIA has boldly announced that they will not condone the poor and unprofessional conduct of its members, thus encouraging the insuring public to believe that if you have an issue with their members, it can be resolved. This will boost the efforts of the regulator, NAICOM, which is doing a lot to strengthen the insurance environment and put the insurance companies in a more competitive condition.”

Notably, the issue of claim default is one that has been around for a long time, slowly crippling the industry from the root and setting a weak foundation for trust, which is the basis of the relationship between a policyholder and an insurer. Yet, until now, the industry regulator whose role it is, to control and prevent unfair trade practices, amongst other functions, appears to be taking a passive step towards sanctioning the defaulting firms, despite the daily cry of policyholders.

This is supported by the analyst, who stated in a note to Business a.m., that there is no system in place at the regulatory level to thoroughly look into cases of policyholders who report claim defaults, adding that whatever exists as a resolution channel has since been bastardised.

“Policyholders and insurers are invited by NAICOM for adjudication, and several months after the conclusion meeting, no reports [are issued],” he said.

Commendably, in April, the insurance regulator had revoked the operating license of UNIC Insurance, but he pointed out that there are several other UNIC out there, with industry watchers expecting that NAICOM would take the same step against these defaulting firms as did NIA.

They said instead, NAICOM announced earlier in June that the defaulting firms would be selling assets to enable payment of outstanding claims, pointing out that the commission was not keen on closing the defaulting companies now because they still had the potential to pay all their claims.

Gam-Ikon told Business a.m. that after the recapitalisation in the sector, the commission would have to decide on actions to take against the weak companies in the sector that were not meeting their obligations.

“Probably the best we can do now is to see how much we can recover to pay what proportion of the liability, when the company still has the potential of coming back to pay all its liabilities,” he said.

Meanwhile, in his analysis, Gam-Ikon noted that the sales of assets will not guarantee further consolidation of the insurers in the future. He said, “So long as NAICOM has not taken over the company, any access they have to cash will provide something for the owners to play with, and claimants are not in their sight”.

Like Gam-Ikon, many other experts believe punitive measures against insurers, like the NIA has done, would help to restore trust which, for a long time, has held the industry from achieving a better insurance landscape in the country.

Conclusively, as industry watchers continue to await the action of NAICOM, it is important that the regulator is reminded of the words of Hope Collier, a writer who likened ‘Trust’ to a glass. She said, “It’s like broken glass. You can put it back together, but the cracks are always visible like scars that never fully heal.”