Wheat prices soared towards a third weekly gain in a row on Friday, with the market underpinned by talks about Russia’s restrictions on Ukrainian grain, while India’s move to reduce rice exports also strengthened wheat’s value in the Chicago Board of Trade (CBOT). 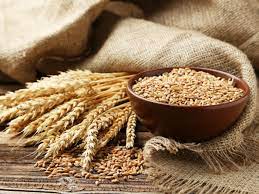 The most-active wheat contract on the CBOT was up 0.8 percent to $8.35-1/2 a bushel. The market also gained 3 percent, climbing to its highest in almost two months.

According to Sergey Lavrov, Russia’s foreign minister, the deal to unblock Ukrainian grain exports via the Black Sea is being “badly” fulfilled. He added that the extension will depend on how it is implemented.

Lavrov’s comment came after Vladmir Putin, Russia’s president, said the deal, which was brokered in Turkey, had cheated Russia and the developing world, vowing to look to revise its terms to limit the countries that can receive shipments. Meanwhile, a meeting has been scheduled for leaders of Russia and Turkey to discuss the deal which has been criticised by both parties.

Analysts also observed that India’s decision to put a leash on rice exports is also going to have an inflationary impact on wheat as well as corn prices.

The world’s second most populous country banned exports of broken rice and imposed a 20-percent duty on exports of various grades of rice on Thursday. The government explained the decision was made to augment supplies and calm local prices after below-average monsoon rainfall curtailed planting.

Wheat supply in the global market was further dented by reports of frosts recorded in the last two weeks in Argentina that have caused some damage to the South American country’s 2022/23 wheat crop, according to the Buenos Aires grains exchange.

The frost damage, the Exchange explained, adds to the impact caused by drought seen in recent months, which led the key grains exchange to cut its wheat planting forecast from an initial level of 6.6 million hectares to 6.1 million hectares.

According to dealers, Argentina is a major global exporter of wheat and has in the past few months taken on a more important role with global supply limited by Russia’s invasion of Ukraine. The South American country’s wheat crop is currently in key stages of development, with harvest expected to begin in November 2022 and end in January next year.

For other grain prices on the CBOT, soybeans dropped around 1.5 percent, while corn advanced around 1 percent.

The US said its soybean production is on track for a record crop, while farmers are expected to boost planting in Brazil.