Despite stoppage of official provision of forex for importation of food products by the Nigerian government, food products such as wheat and palm oil are among bulk cargoes arriving at the Apapa Port in Lagos this week. 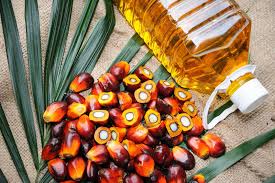 Checks by business a.m. show that 16,000 million tonnes of palm olein, a refined bleached and deodorised palm oil and a total of 183,017 metric tonnes of bulk wheat are laden in six ships out of the 41 ships that are either expected or awaiting berth at the seaport.

Also billed for the Lagos premier port are 47,000MT of bulk sugar, 25,000MT of bulk salt and 1,118MT of fish expected to arrive at the ENL Terminal in Apapa Port.

A shipping data issued by the Nigerian Ports Authority for the week also showed that out of the 41 vessels expected and awaiting berth at the port, 13 are laden with containerised goods, nine are loaded with general cargo, while five each are carrying bulk wheat and petroleum motor spirit (PMS) popularly known as fuel.

The situation has led to skyrocketing prices of foods, especially rice and chicken by about 50 percent since August.

Despite series of new policy proclamations targeted at discouraging importation of foods, the products keep finding their way into the country, as local production seems a far cry from being enough. Analysts say the cost of food products will continue to go up climaxing in December, around Christmas period.

“Food imports will keep coming. Even if we produce enough, importation of food will continue; it happens in any country, but the problem with the Nigerian case is that the country is very far from producing enough foods locally. What we are seeing now with prices of food will be little compared to what they will be in December, especially around the Christmas period,” said Ukoh Annang, an import analyst.

The United States government, one of Nigeria’s major supplier of wheat said wheat would likely drive its exports into Nigeria by 2020 by 200,000 tonnes, representing a four percent rise.