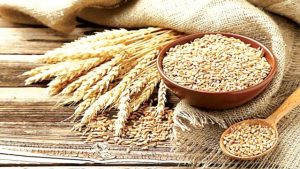 Though analysts observed that the increase in Ukraine’s exports is helping to push down global wheat prices, there are still concerns that the market is still marked by uncertainties.

“Generally speaking, the supply outlook remains positive, though it is still fraught with considerable uncertainty, which argues against any pronounced fall in wheat prices,” Commerzbank analysts said.

Antonio Guterres, UN secretary general, also noted that there was much more to do to ensure full global access to Ukrainian food products and Russian food and fertilisers.

Meanwhile, corn futures also traded higher on crop concerns as the U.S. Department of Agriculture (USDA) stated in a daily weather report that there’s dryness in some corn growing regions in the top corn producing country. The report added that any rain is beneficial for immature crops, including late-planted corn.  CBOT corn was up 7-1/2 cents, or 1.2 percent, to $6.23-1/4 a bushel.

On a negative note, soybeans edged lower as forecasts for rain in the U.S. Midwest tempered concerns about unfavourable dryness.

According to reports, traders will this week monitor reports from an annual tour in which scouts take crop measurements in hundreds of soybean fields across key U.S. farm states. This is expected to determine the value of the grains in the short term.

Arlan Suderman, chief commodities economist for StoneX, remarked that corn prices firmed on crop concerns, while soybeans pulled back on spread trading, with traders thinking that the oilseed may be handling this month’s weather better than corn.