In Africa, football has grown to become the most popular sport in the past few decades. This is due to the success of players internationally and in club football too. The most popular players deserve recognition because they have helped African football grow exponentially. 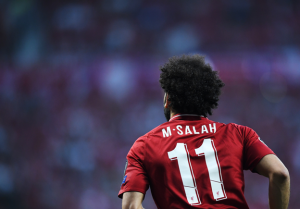 As you look at African football history, you can see that certain players have proven to be the best in their countries. While Africa was not the strongest region in football’s past, they have created some big-time moments with some of their best players.

You should keep your eye on African players because you will surely see strong performances so you can bet on the next match properly. Here are the most popular African footballers ever and why they are seen as legends of the region.

As a mainstay for the Ivory Coast national football team, Yaya Touré was a strong midfielder during every part of his career. He rose to popularity during his time at Barcelona in the late-2000s. Despite getting solid success at Barça, Touré moved to Manchester City where he would truly blossom as one of the best players in the world.

He won the Premier League thrice during his stint with Man City where he was always a cornerstone. Alongside the likes of Sergio Agüero, David Silva, and Vincent Kompany, he helped Man City win their first Premier League/First Division title since the 1976-77 season.

For the Ivory Coast, Touré won the African Cup of Nations in 2016 and the African Footballer of the Year award four consecutive times from 2011 to 2014. Touré is still considered by many to be one of the best midfielders to play in the past decade and the praise is warranted with his performances. He has since retired from the sport but he has proven that Africans can compete at the highest level of football.

As one of the most prolific strikers in the 2000s, Didier Drogba cemented himself as a legend for both Chelsea and the Ivory Coast. He scored 104 total goals for Chelsea in his 254 games for the club. He is one of the most well-regarded Chelsea players of all time because of how he always stepped up in the big moments for the club. Drogba was a clutch striker who scored the most crucial goals at the most trying times.

If you are looking for a striker that encapsulates how good African football can be, Drogba is the perfect example. He is still seen as a legend today despite retiring from the sport a few years ago.

At the moment, Mo Salah is one of the most recognisable names in football. He is the superstar player for Liverpool and he has reached a world-class level that only a few players are in now. You can look at the likes of Cristiano Ronaldo or Lionel Messi as his main rivals which is a huge testament to how good he is today.

LFC will be nowhere near as good as they are without Salah as their cornerstone. He is one of the best players in the world for his club and his country, Egypt. He is a Premier League and Champions League winner for LFC. He has been the main reason why Egypt is one of the most competitive countries in Africa. They haven’t won AFCON just yet but they have been runners-up twice with Salah as their centrepiece.

As the most iconic African footballer of all time, it should not be surprising that George Weah made this list. In 1995, Weah managed to win the Ballon d’Or which is the only time that an African has won the award. From 1957 to 1994, the accolade switched hands between Europeans, Brazilians, and Argentinians only. With Weah’s win, he broke a huge stretch because he was an amazing talent for Paris-Saint Germain, AC Milan, and his native Liberia.

Weah was one of the best strikers during the mid-1990s because he knew how to mix all of his strengths properly. He was a good dribbler and at the same time, he was fast. Apart from his striking skills, he was also a stellar teammate because he knew when and how to make the right pass.

African football will continue to rise

With the growth that African football has shown, you should be glad to see how the region has grown. It will continue to rise with the influence that players like Salah have given to the modern youth. The football world will be fun to observe with this kind of influence that they can watch on TV or on social media. As people look to bet on the next match, they should understand that African players will be important factors too.