Hameed Ali, the comptroller-general of Customs, on Tuesday said that the decision to suspend the supply of petrol to communities at the border was taken to check the smuggling of the product. 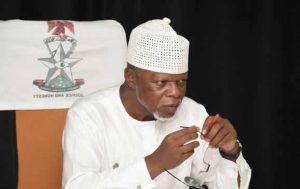 Ali said this at the 2020 budget defence before the House of Representatives committee on Customs.

The Customs boss said majority of the retail outlets located at the border were culpable for fuel diversion, especially petrol.

Ali explained that the agency suspects that the filling stations at the border were being used to receive petrol and sell at exorbitant prices to neighbouring countries.

He said, “They get approval to discharge the product legitimately in the day but at night, siphon it out. This has been going on for a long time.

“Now, we have restricted supply to 20km before the border. Let’s monitor the outflow. We want to know where the outflow is coming from.”

He also said, “Petrol is sold at N395/litre but they buy from Nigeria at less than N145/litre.

“With this border closure, it has jumped to N600/litre. Meaning, we are the one subsidi,ing petrol for neighbouring countries. So, marketers are making a kill. It’s attractive to take petrol out and sell there.”

On the 2020 budget for the Customs, Ali said the agency was set to deploy coordinated Information Communication Technology-driven tools to achieve its N1.67tn revenue target set for it by the Federal Government.

According to him, the figure consists of N1.5tn for federation revenue, while non-federation stands at N178.62bn.