Wood Mackenzie says Nigeria’s soon-to-be passed Petroleum Industry Bill (PIB), a latest attempt to reform the country’s petroleum sector “isn’t just about finishing a job that started over 12 years ago. The government now seeks to make Nigeria’s upstream, midstream and downstream competitive in the face of significant threats to oil demand, including the impacts of coronavirus and the energy transition.” 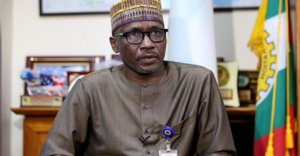 The incoming PIB would ensure that the powers wielded by the minister of petroleum resources currently held by President Muhammadu Buhari, are reduced with the role largely restricted to policy. He will no longer have powers to grant, amend, revoke or renew licences. This will happen on the recommendation of the regulator. Unlike now, the minister will not sit on the board of NNPC’s successor, the oil & gas expert group said in a November editorial.

Funding of the Commission will be through the appropriation of an unspecified share of its revenues; while the Authority’s funding also via appropriation, will be based on a 1 percent charge on the wholesale price of petroleum products sold in Nigeria.

The Commission and the Authority will need to consult each other on any regulations or amendments. There are overlapping areas like domestic supply obligations, domestic demand requirements, gas pricing and hydrocarbon standards between upstream and midstream. A high degree of co-operation will be needed to function successfully.

The Authority will set tariffs for transportation, distribution and processing of petroleum; and ensure third party access to facilities and pipelines or non-discriminatory open access to transport networks. It will also have powers to regulate prices of gas and petroleum products. Licences will be issued across the value chain, meaning unbundling of upstream from midstream from downstream.

Under the PIB, the Gas Transportation Network Code, which was launched in August this year, is expected to impact trunk oil pipelines and terminals owned and operated by upstream companies. These companies currently set tariffs for transport and processing of crude oil from third parties. However, the PIB will introduce a network code, with network operators in defined areas. Tariffs will instead be set by the regulator, although it’s not clear how existing crude handling agreements will be treated.

A major plank of the PIB is the incorporation of the national oil company, the Nigerian National Petroleum Corporation (NNPC) within six months of the PIB enactment. This would be licenced under the Companies and Allied Matters Act (CAMA) 2004, to become NNPC Limited. It will operate on a commercial basis without government funding. NNPC Limited must publish annual reports and audited accounts.

Recall that the corporation, apparently readying itself for a limited liability company status, for the first time in 43 years, drafted an operating budget, which it went to defend at the National Assembly.

Wood Mackenzie raises concern on the proviso that government will own all shares in NNPC Limited, but reports of its future privatisation are speculation. The PIB only states that any sale will be at fair market value. Previous versions specified a timeline for the sale of 30 percent within 10 years.

“The biggest concern for NNPC’s upstream partners is how NNPC’s current liabilities (e.g. cash call arrears) will be handled. Ministers will decide what assets, interests and liabilities are transferred to NNPC Limited and what remains with NNPC, but without further detail. The cost of winding down the assets, interests and liabilities of NNPC shall be borne by the government, but with no timelines,” the oil & gas publication said.

According Wood Mackenzie, “the repayment of $5 billion of accumulated cash-call arrears was agreed between NNPC and the IOCs in 2016, and so the outstanding $2.5 billion will be carried over into NNPC Limited. Hence it is unclear on what happens to cash-call arrears accrued since 2016. Since 2016 it has been government policy to convert the upstream JVs into Incorporated JVs, but section 65 (1) is clear that any such restructuring is voluntary. NNPC Limited will be vested with: all rights to gas under PSCs signed before the effective date; working interests within the upstream JVs; and act as an agent of the regulator in managing profit oil or profit gas share under PSCs.”

The last two bullets effectively cover current role of NAPIMS within NNPC. NNPC Limited will also be involved in the development of renewables and gas-based industries, the publication said.

Nigerian stocks bounce back as bargain hunting edges NSEASI up 0.05%

Report: Lagos is the world’s most dangerous city